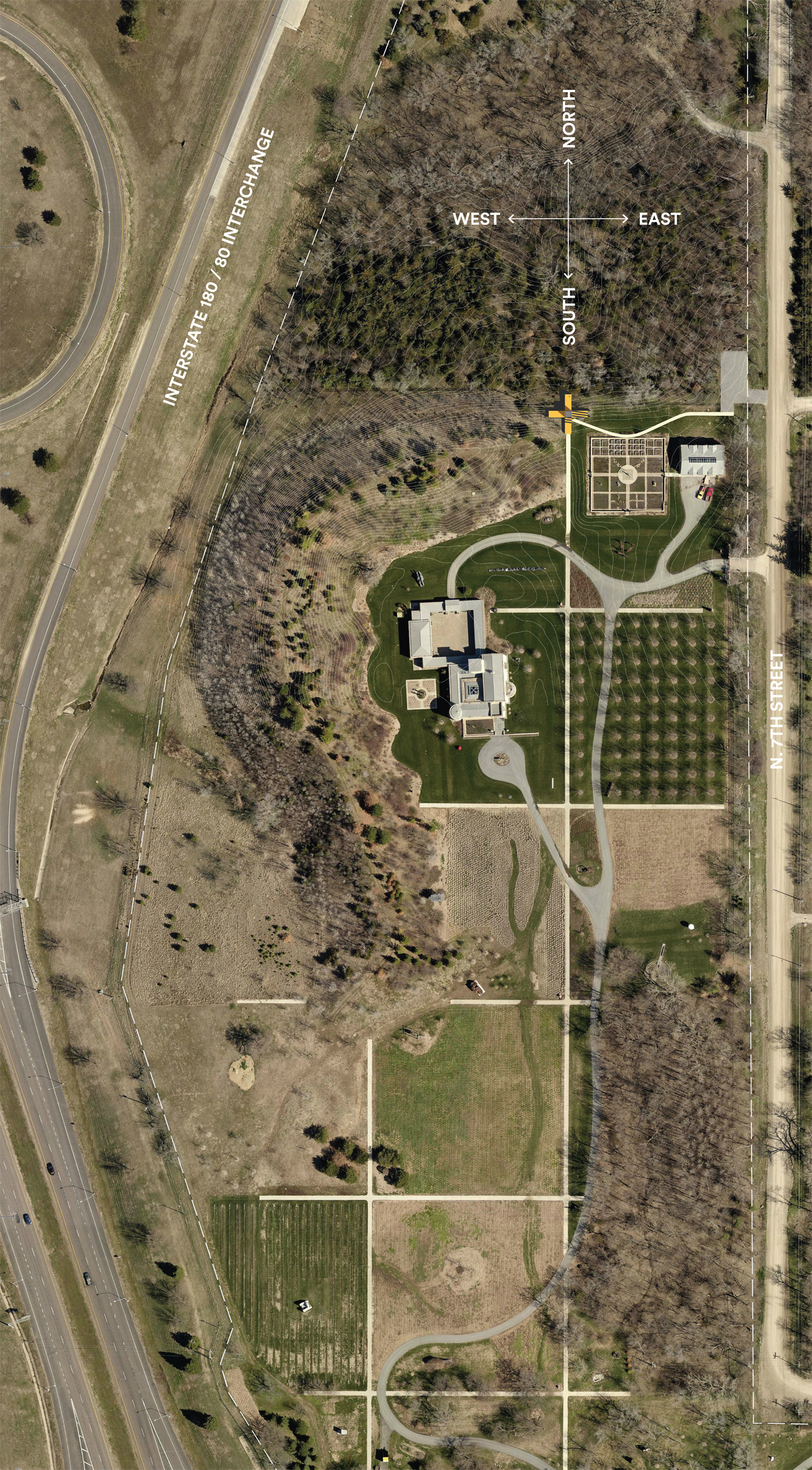 Arial photograph of gridded property; the mathematics of the Jefferson Grid.

This project enacts an architecture born of the Jefferson Grid. Whereas Jefferson’s delineation of the grid was a finite cognitive act, the operative fact of the grid continues to dominate the process of inhabitation. In regions devoid of extreme topography, position supersedes place as the locus of inhabitation. The lines of the grid are the infrastructure of settlement. Over time, the virtual lines drawn on the map and staked-out across the land accrue actual physical boundaries. Roads are paved along the section lines, shelterbelts are planted between quarter-sections, and buildings are near to the edges. What would an architecture look like if designed using this Cartesian logic, not simply located within it, an architecture constructed of axes themselves without a spatial mass? How does one inhabit this world where the virtual and the actual coexist? Hexad (“a set of six”) attempts to do this through a marriage of pure form and circumstance.

The central-plan: Hexad treats program as a Cartesian system of functions, each with a specific orientation to a unique site - pure like Kazimir Malevich’s Black Cross yet contingent and psycho-active as Bruce Nauman’s Room with My Soul Left Out, Room that Does Not Care.

The building takes the shape of a Tetrahemihexacron, geometric figure composed of 3 intersecting prisms, oriented to the cardinal grid.

The four horizontal wings comprise split 40’ shipping containers (each wing is 20’ long) while the tower is formed from a 20’ container resting on the stiffened corners of the wings. Powder-coated steel bar grating floors in the center and in the tower allow light to penetrate all levels. 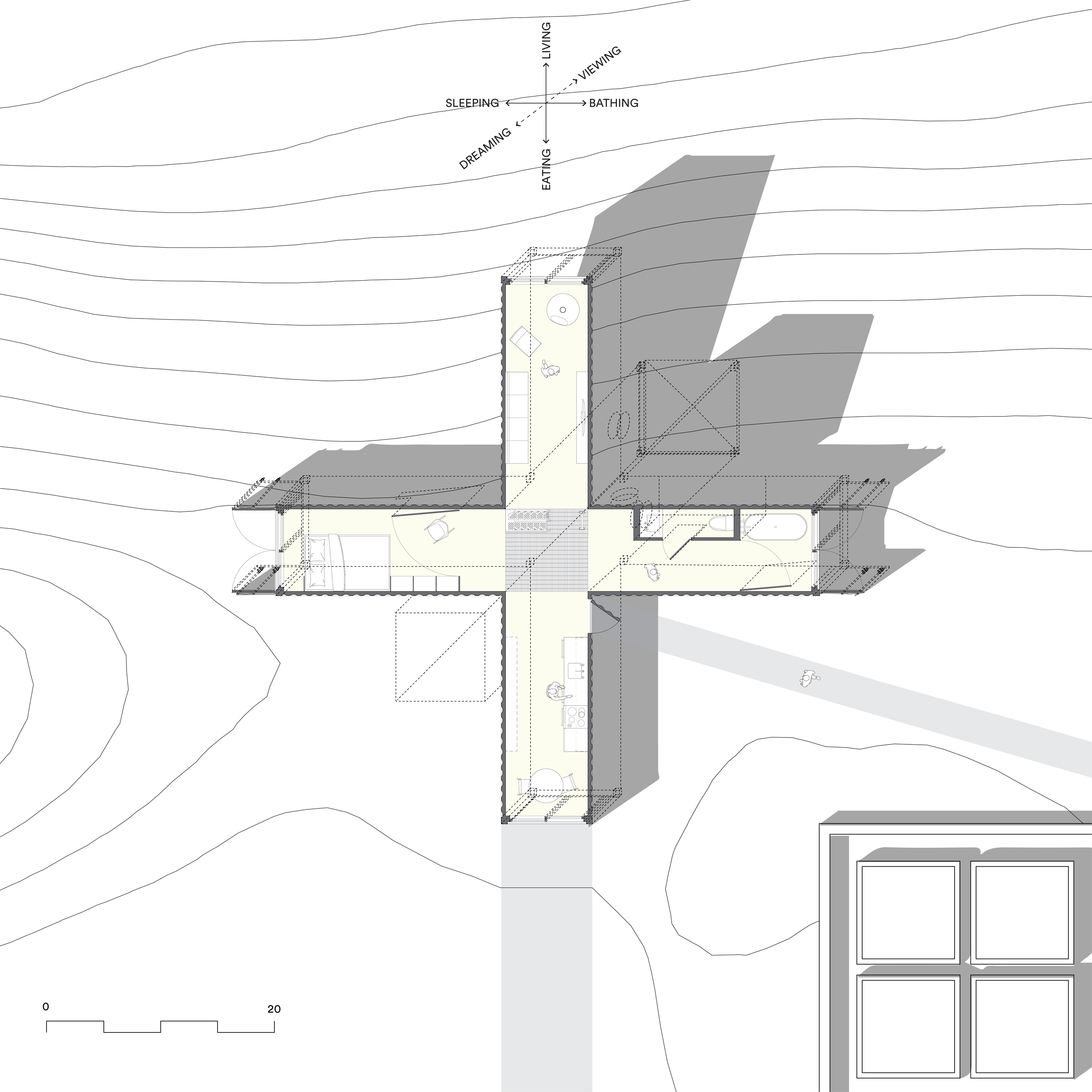 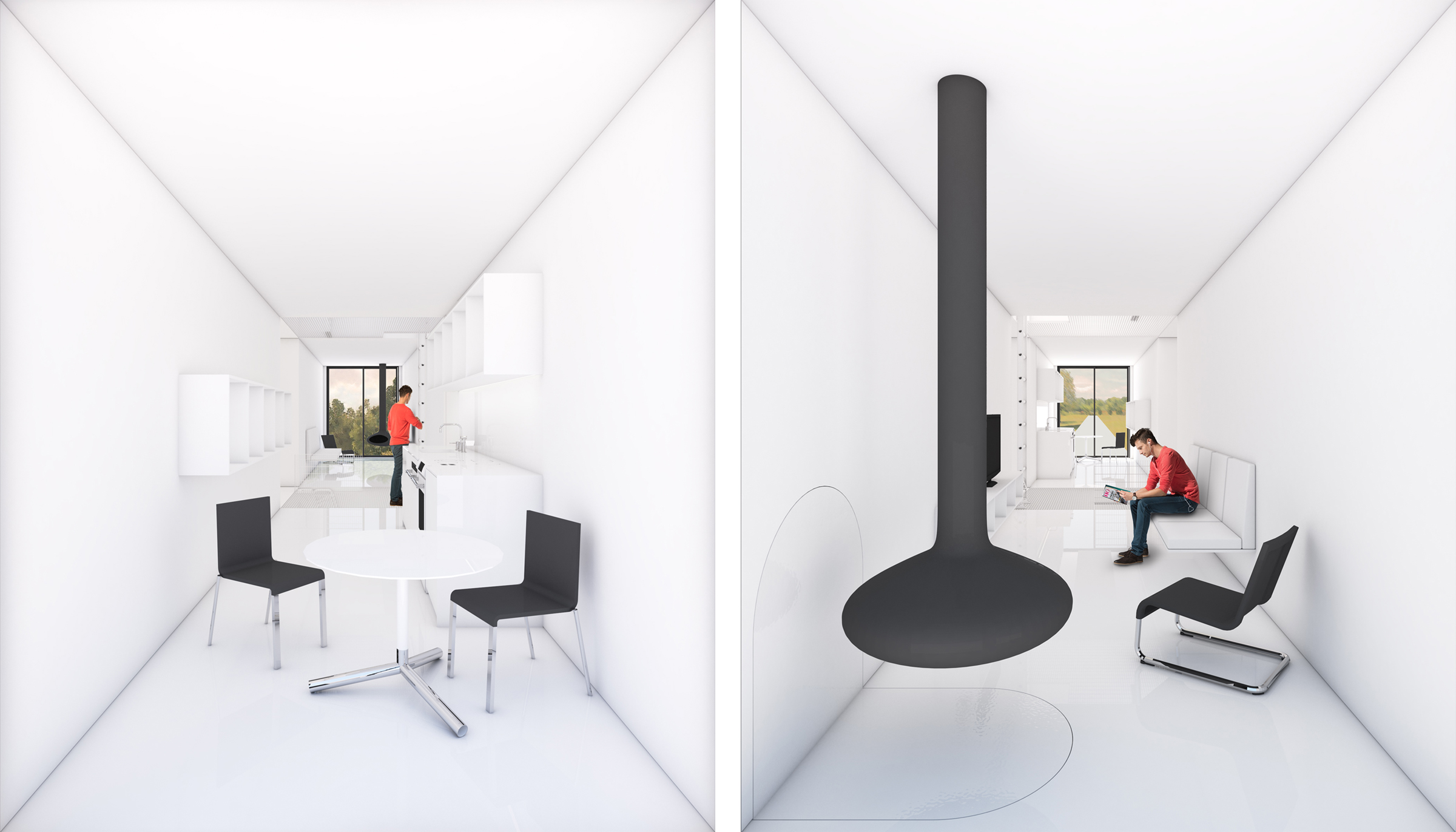 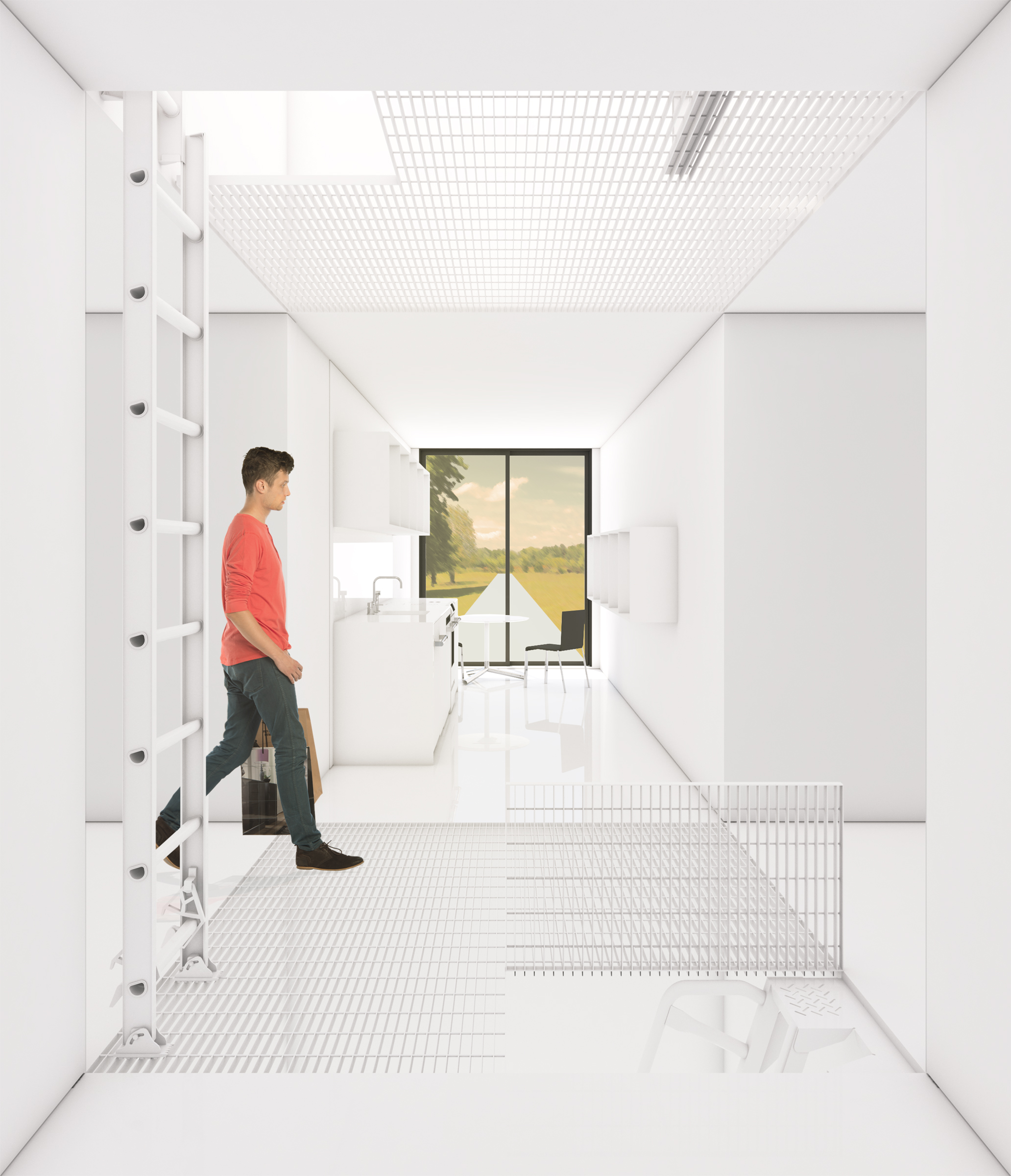 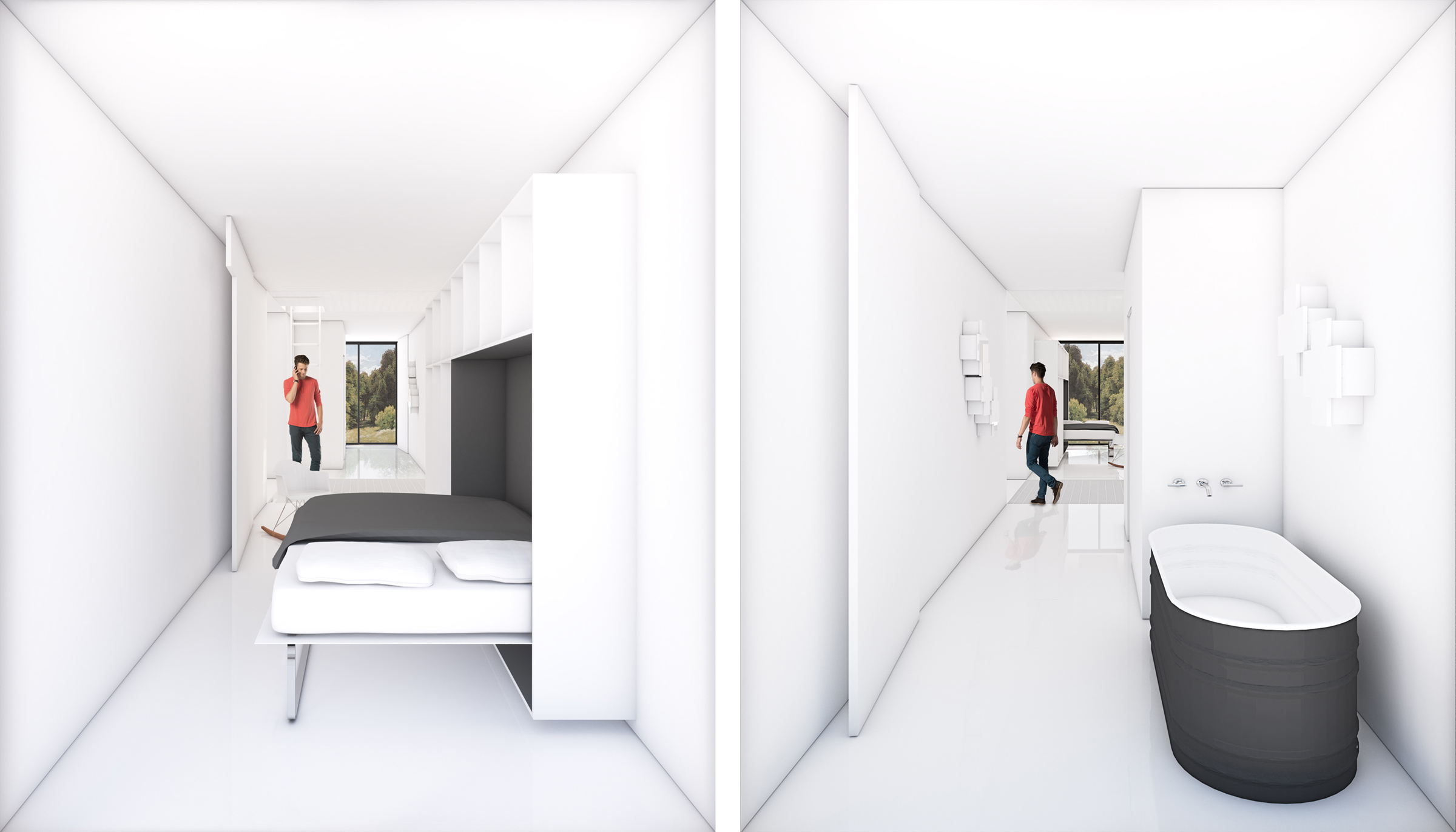 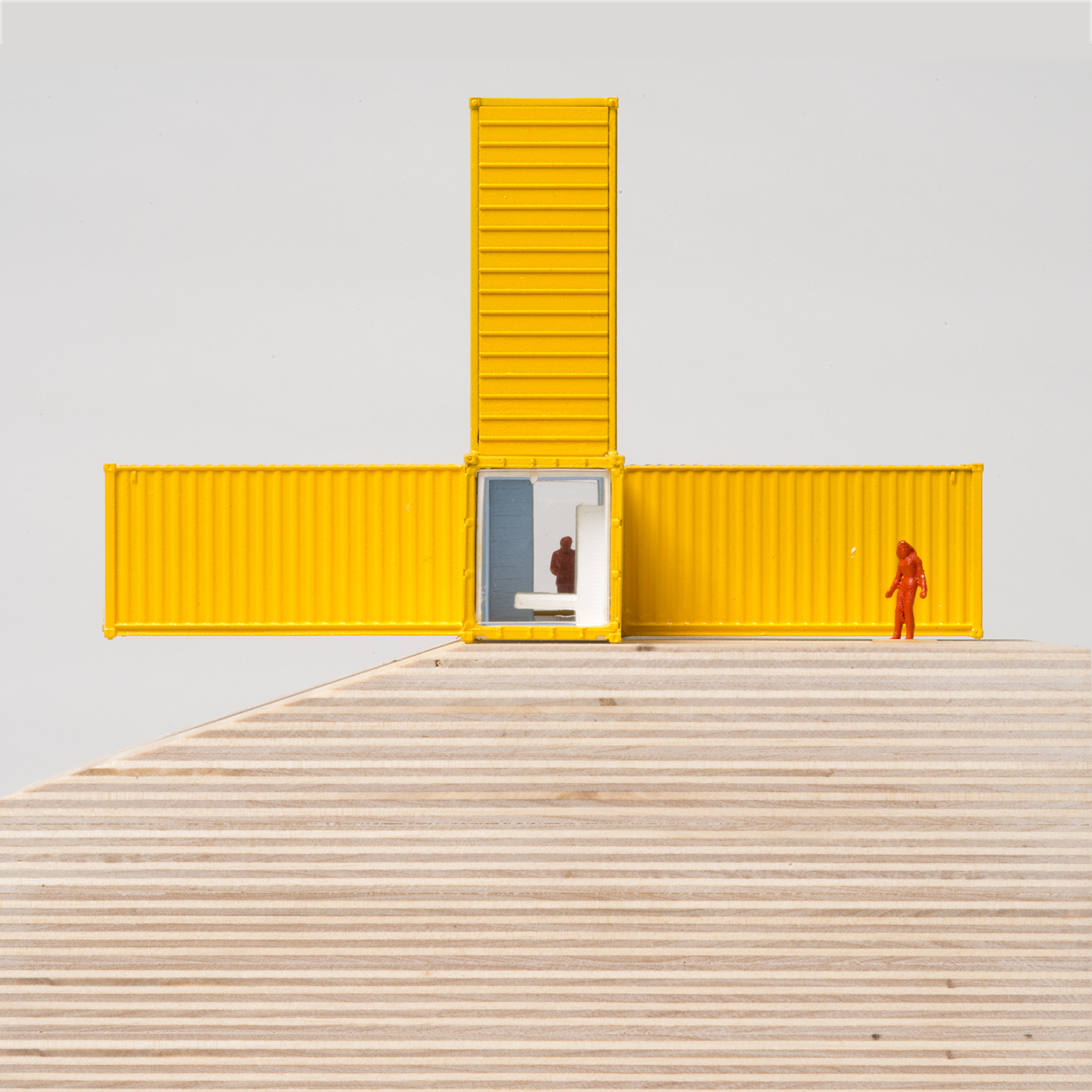 Hexad is painted in a yellow similar Thomas Jefferson's dining room at Monticello, and in reference to contemporary safety yellow.