The PNEUMAD trailer is a compact, roadworthy aluminum box that can house all necessary components: the deflated dome, mobile furnishings, battery pack, and fan. 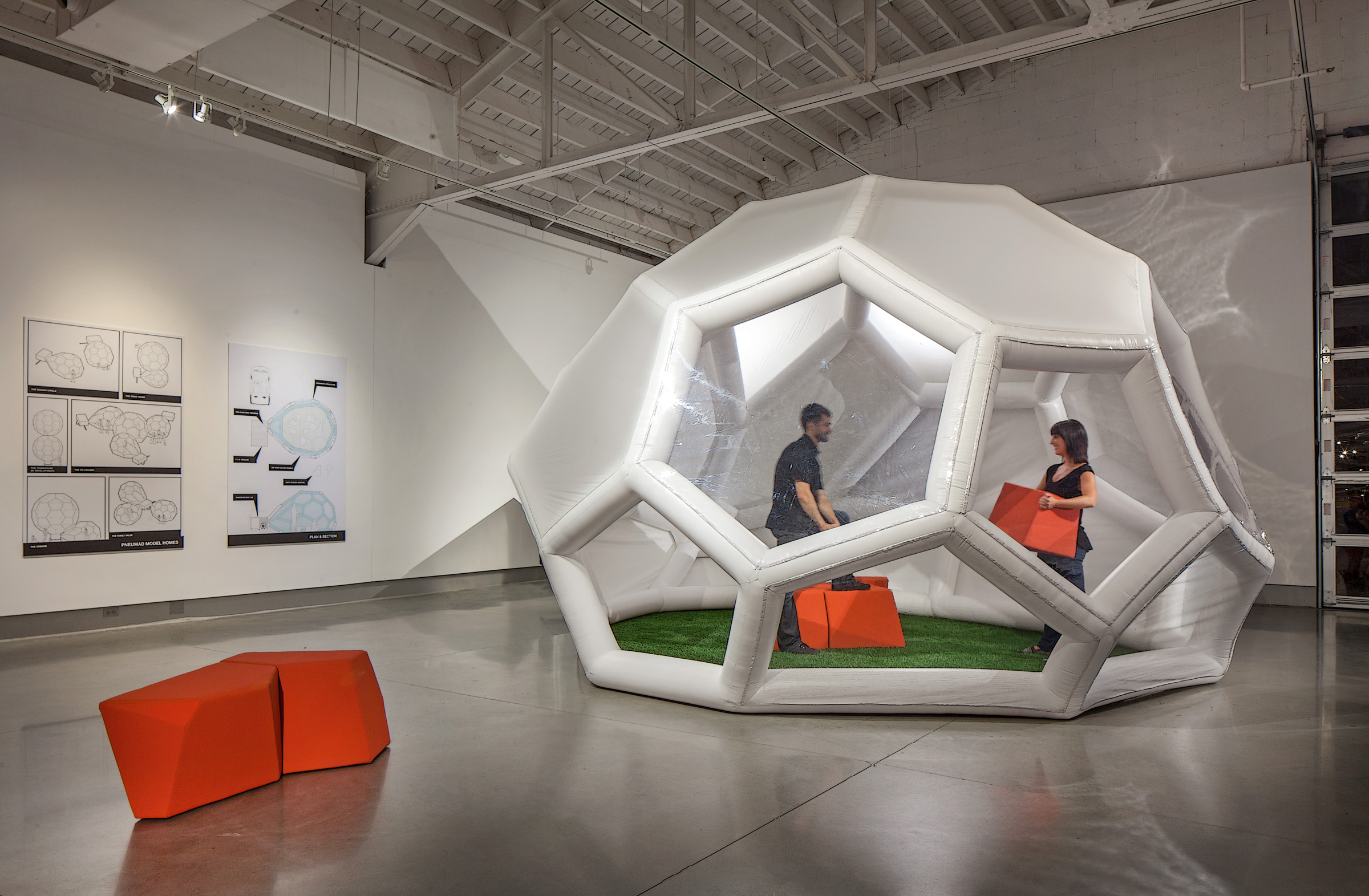 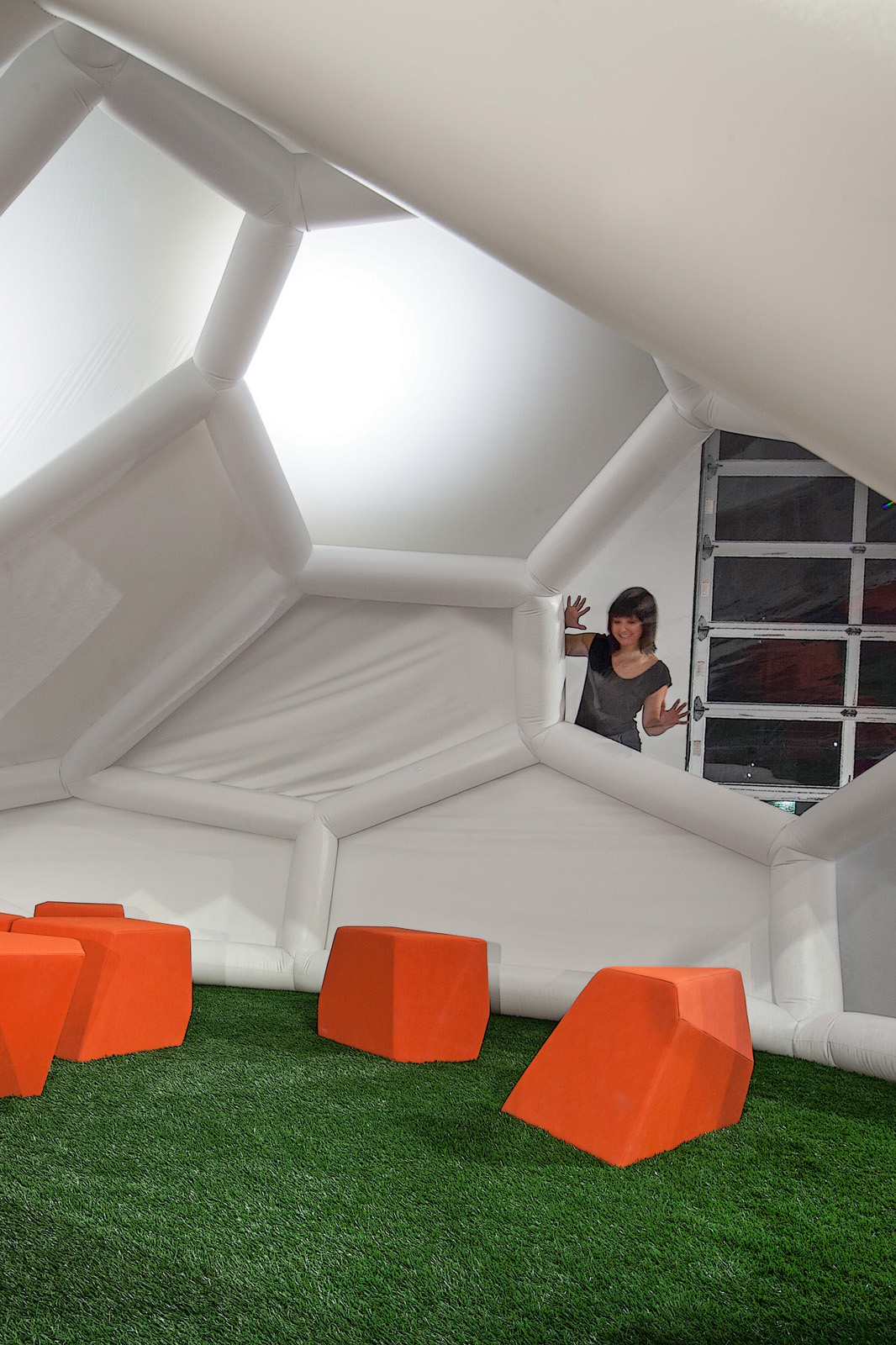 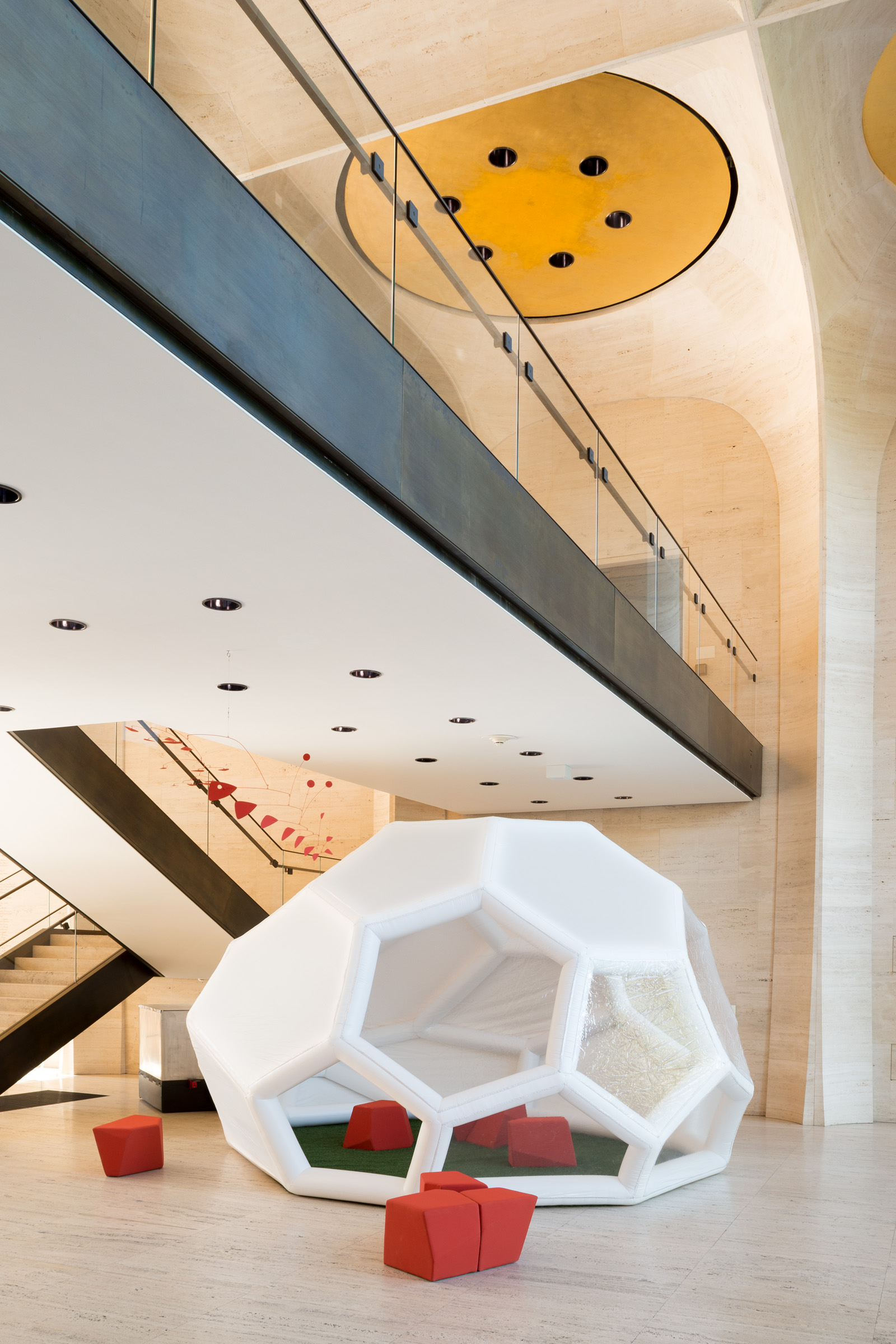 More important than the prototype’s intentions is PNEUMAD's own alternative history of misinterpretation. After appearing in a museum exhibition foregrounding mobile dwelling concepts, the prototype has been sought by diverse entities for an extreme variety of often inappropriate uses: as emergency relief housing by the US Department of Defense, a techno-Bedouin tent by a luxury goods dealer in Dubai, a photo both at a local high school prom, a prototype mobile fallout shelter, a medical isolation facility at a West African Ebola clinic, and a potential feature of a reality TV program.

image: PNEUMAD at the Sheldon Museum of Art. 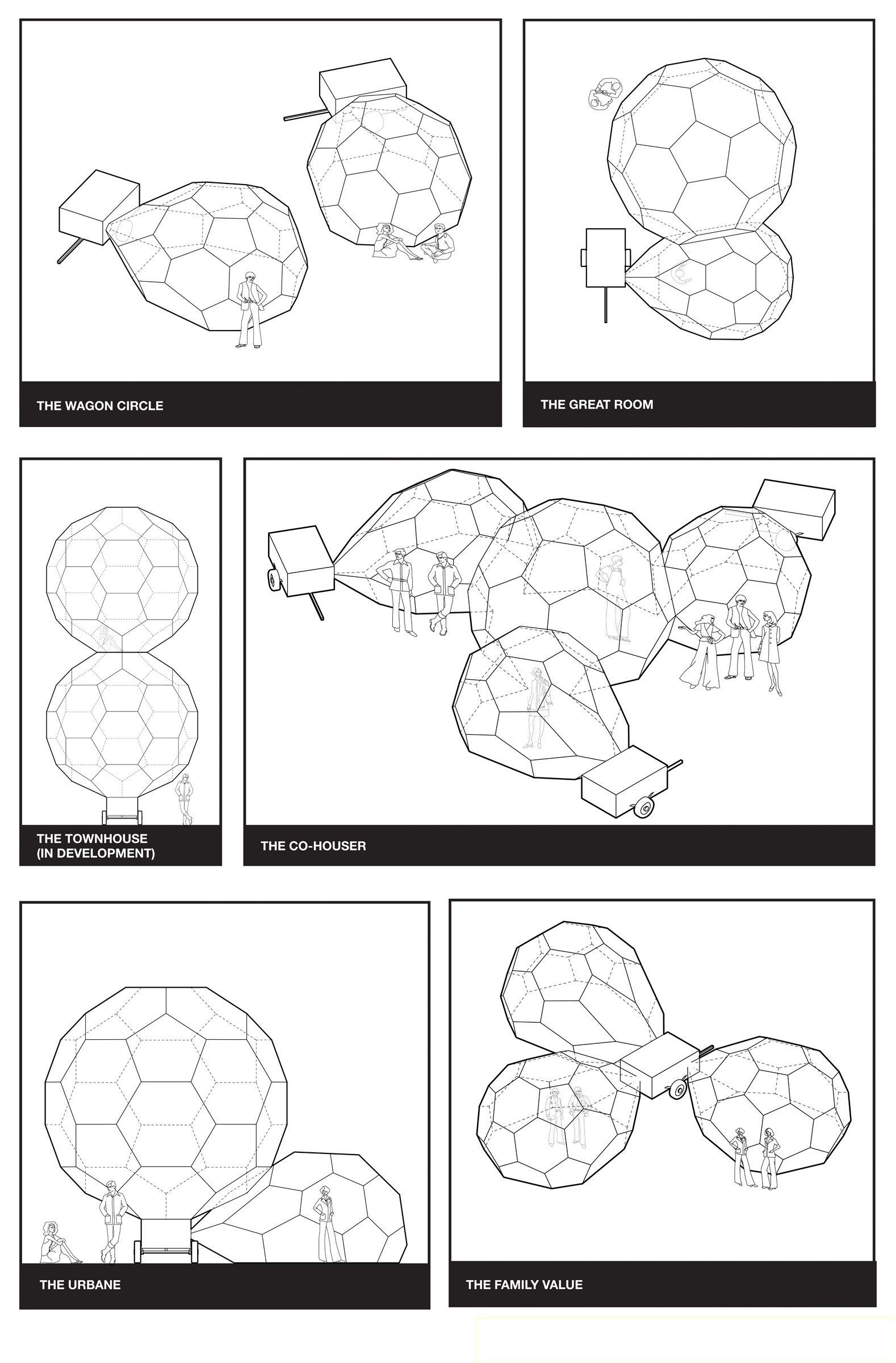 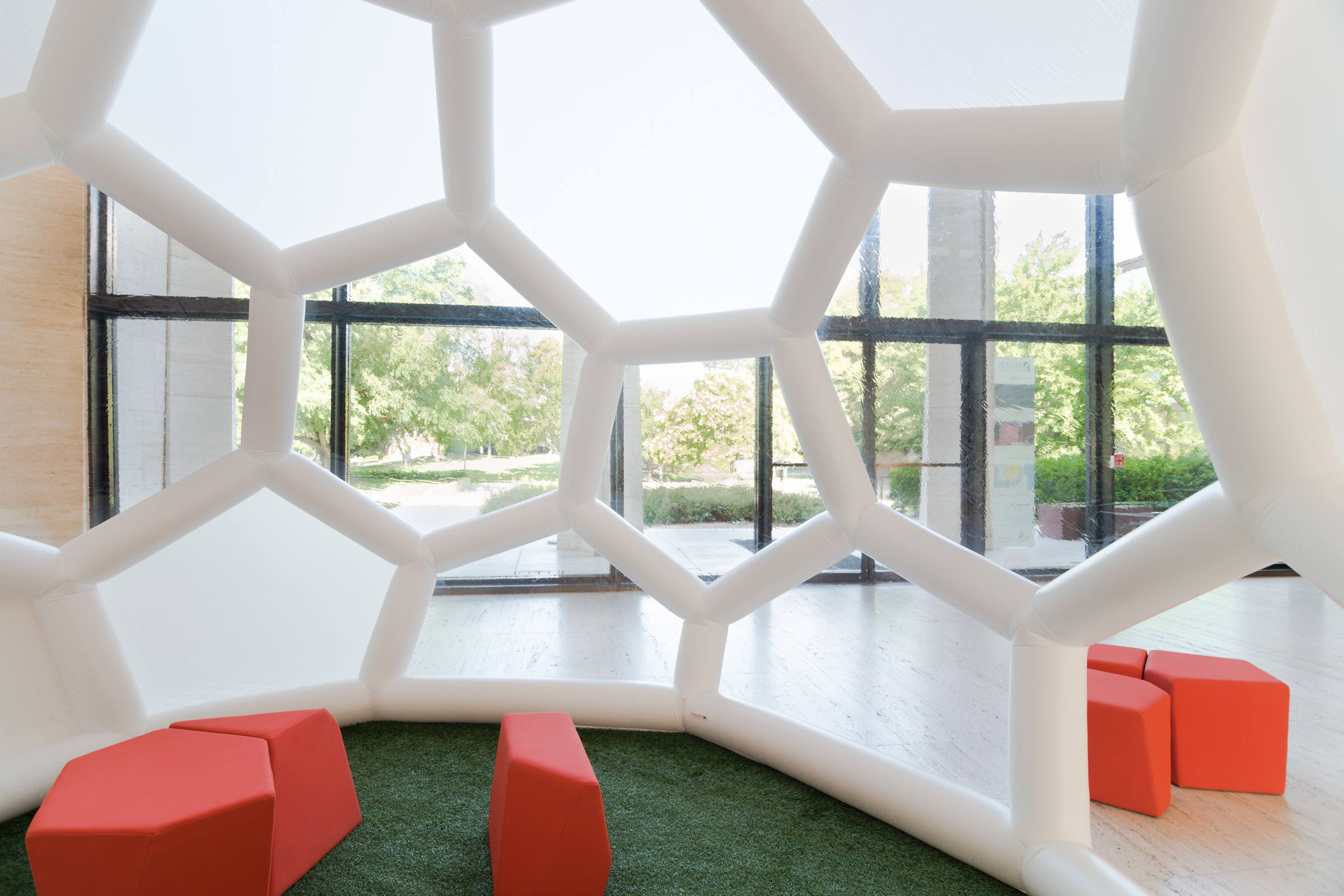 Mobitecture: Architecture on the Move, by Rebecca Roke, Phaidon, 2017