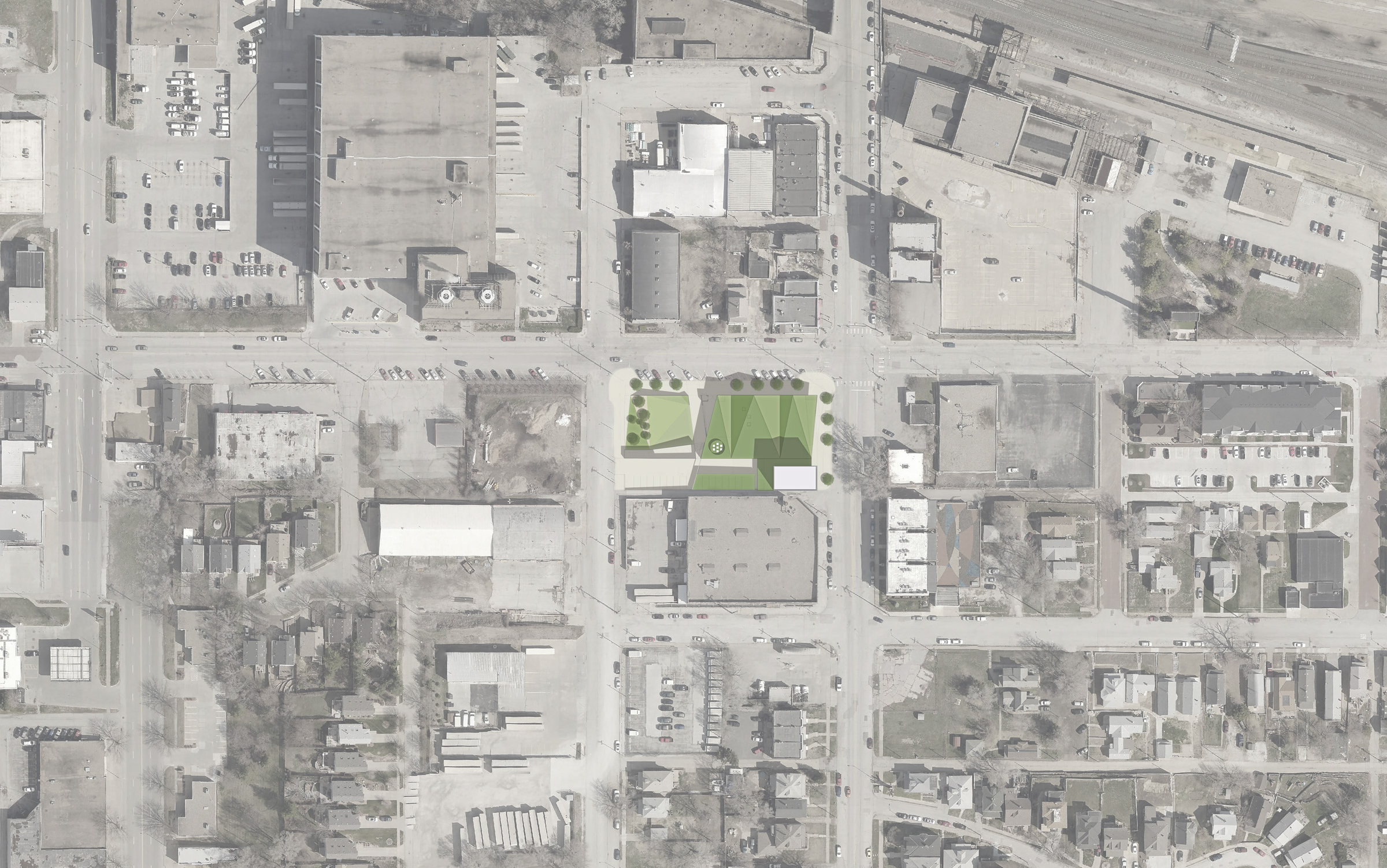 To the south: Boxcar 10, a mixed-use building containing a restaurant and loft-apartments. To the west: ‘Green in the City’ a public open space for which we orchestrated a design competition won by el dorado, inc with Urban Rain Design.

“A good theatre is the connective tissue between the work it contains and the world in all its messy complexity.” - Joshua Dachs 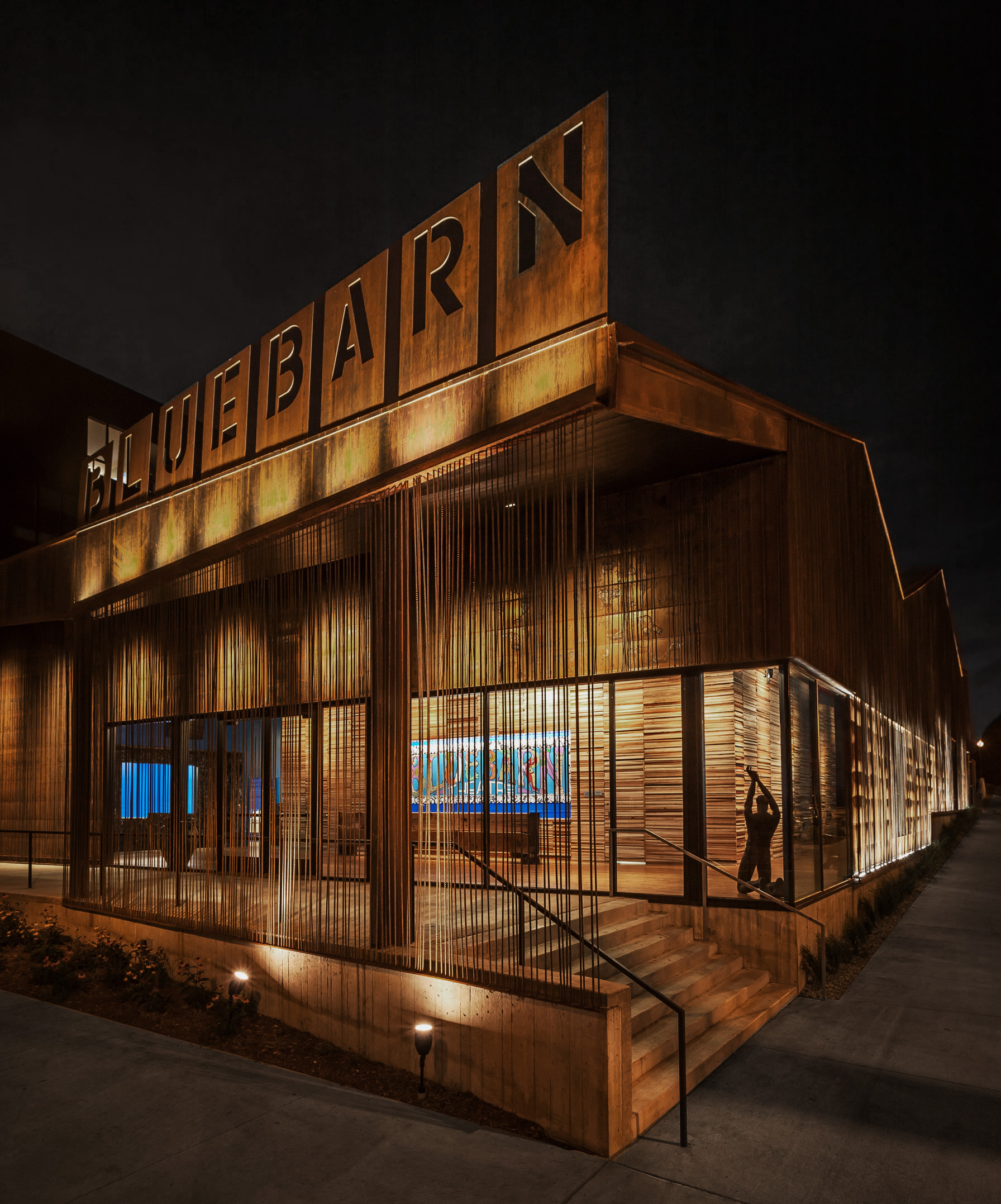 The three related projects transform the relationship of public and private space towards a collective urbanism. 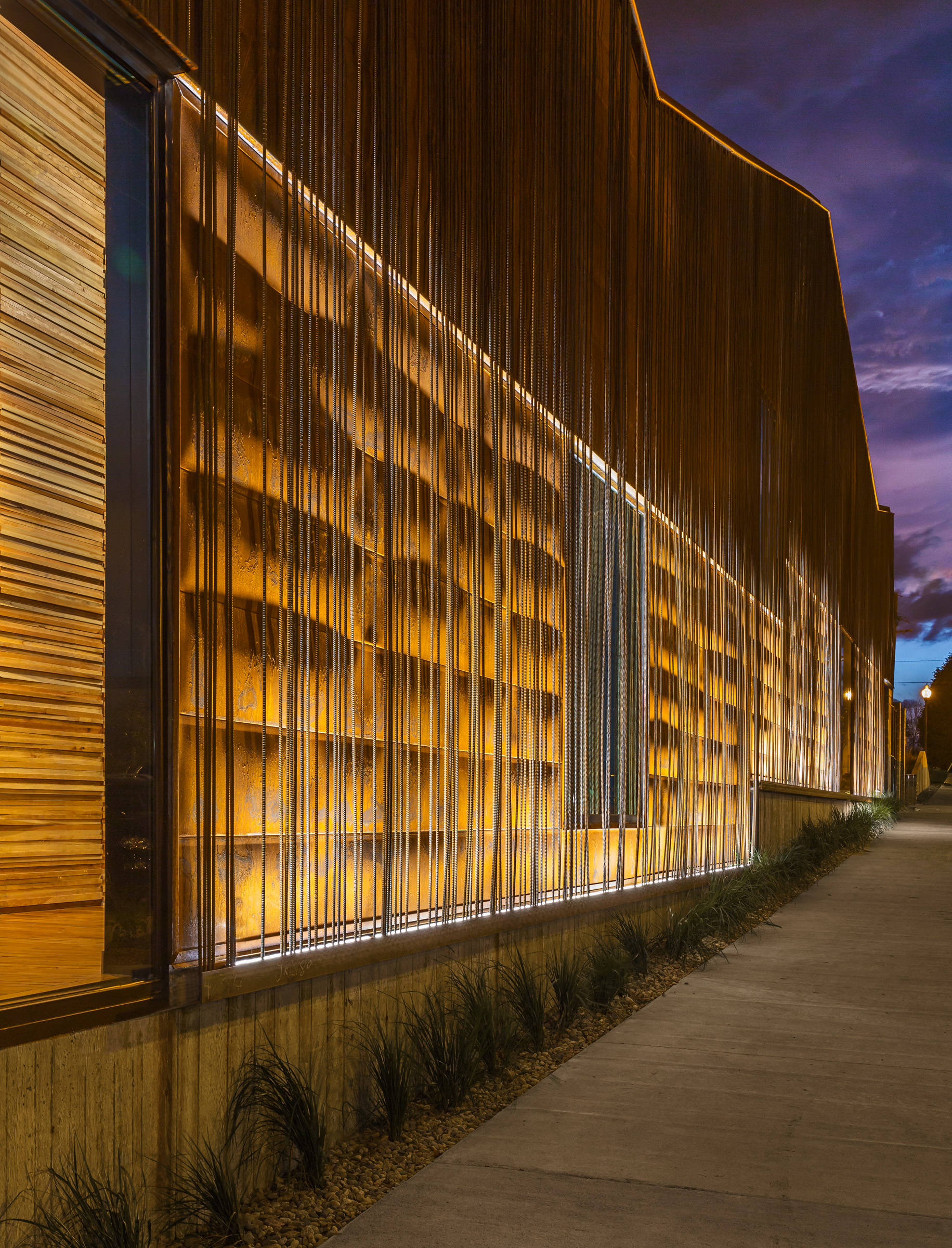 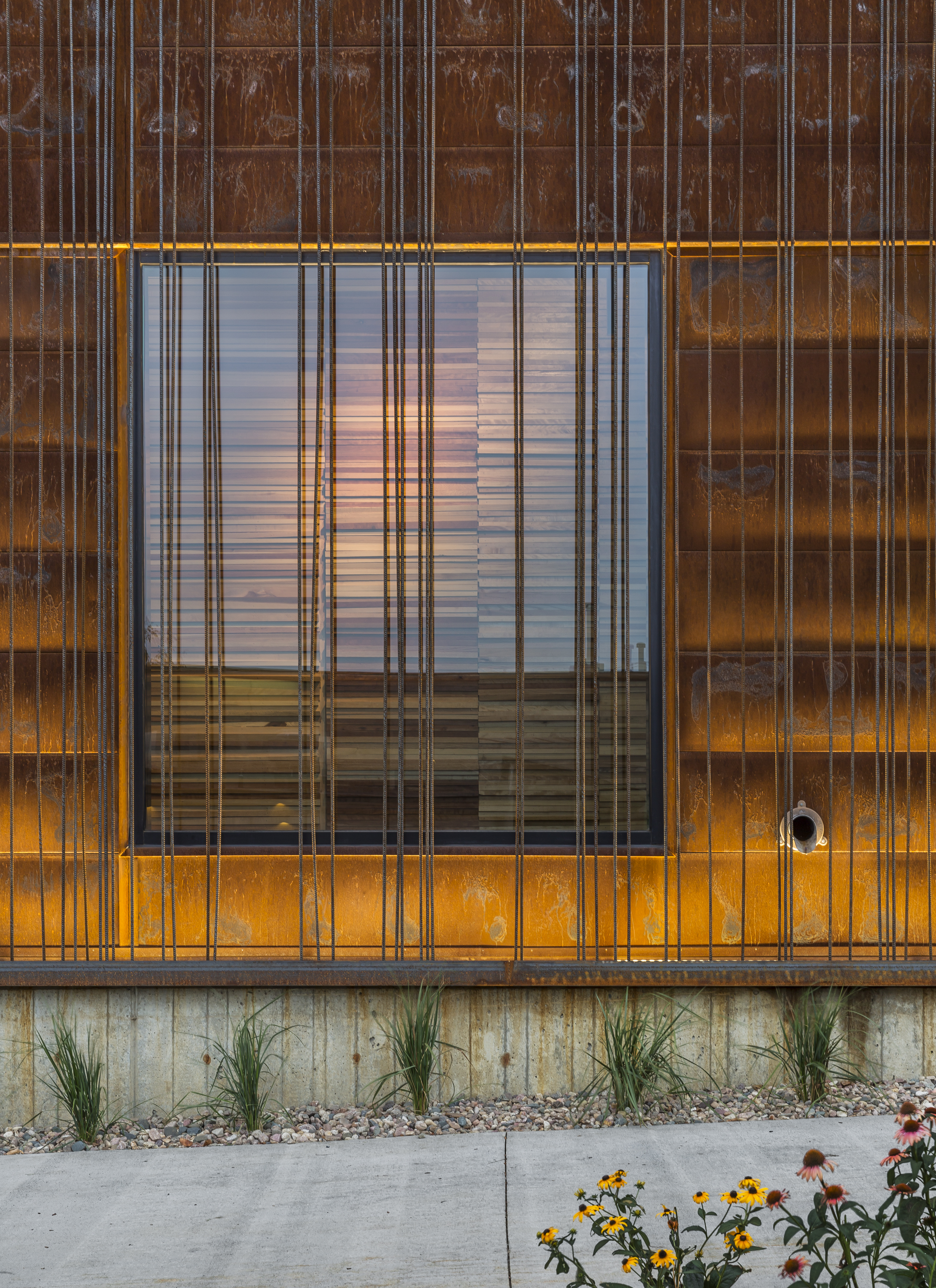 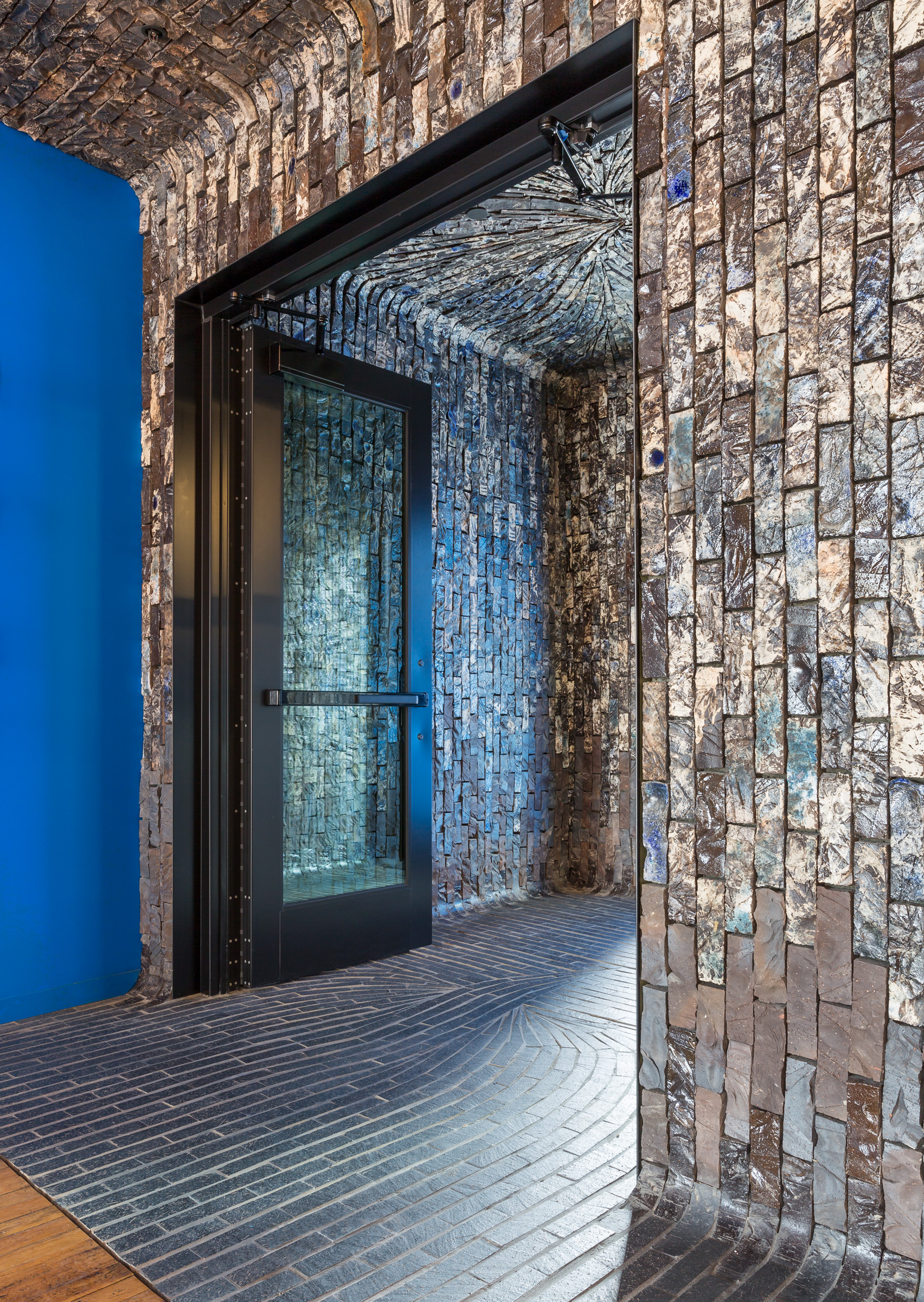 Towards a loose design team: working with the BLUEBARN we commissioned four artists to customize the theatre lobby 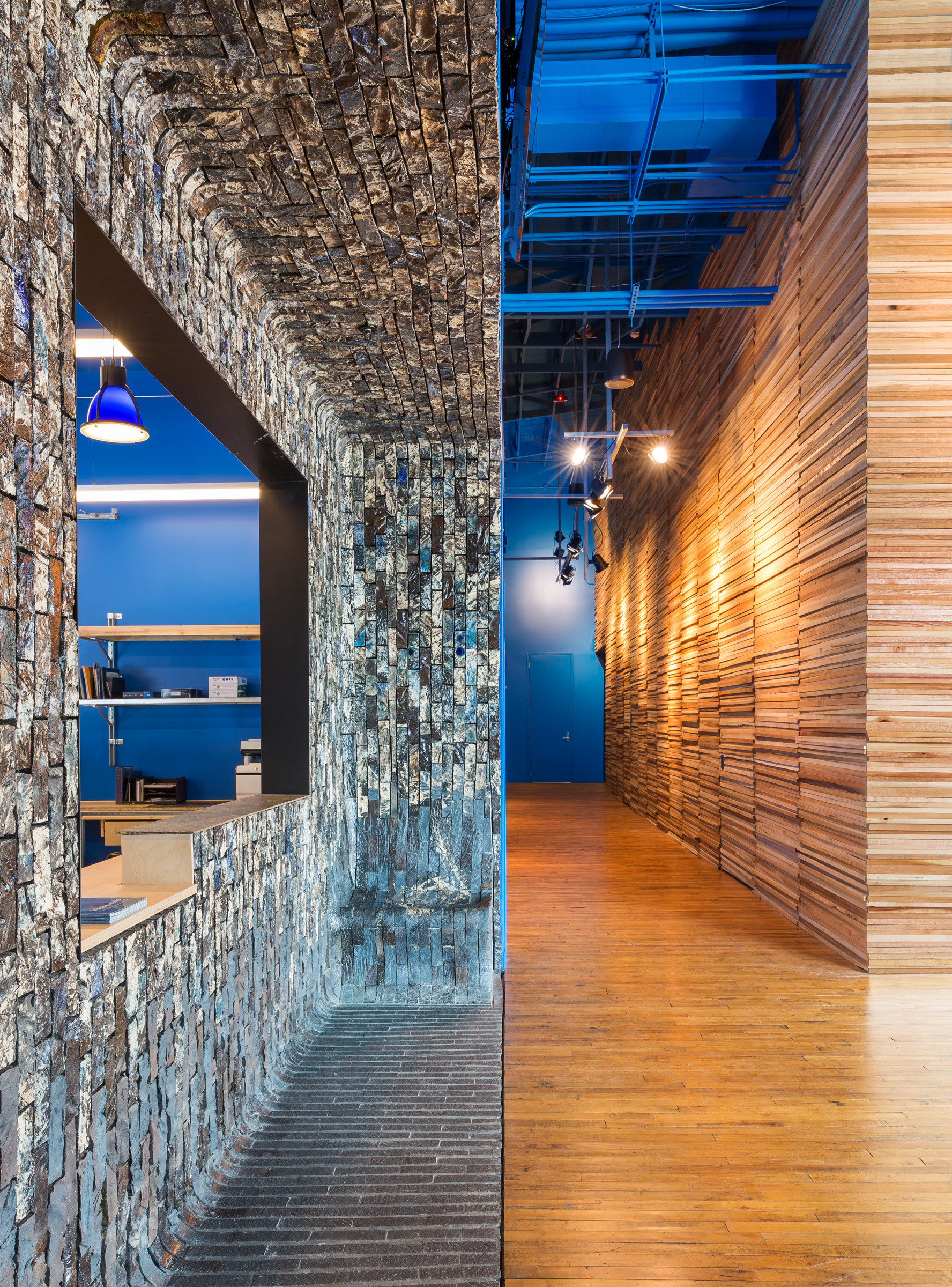 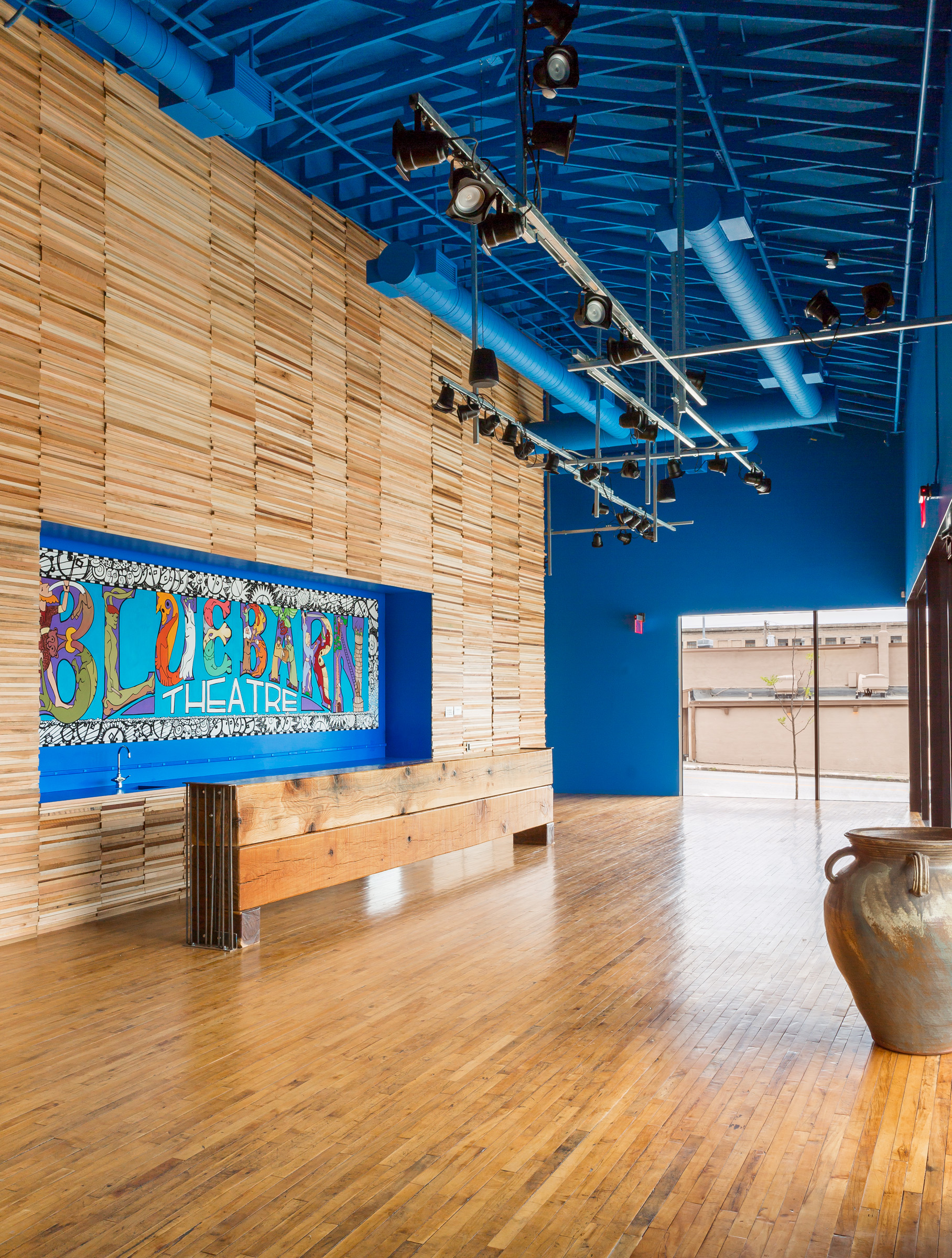 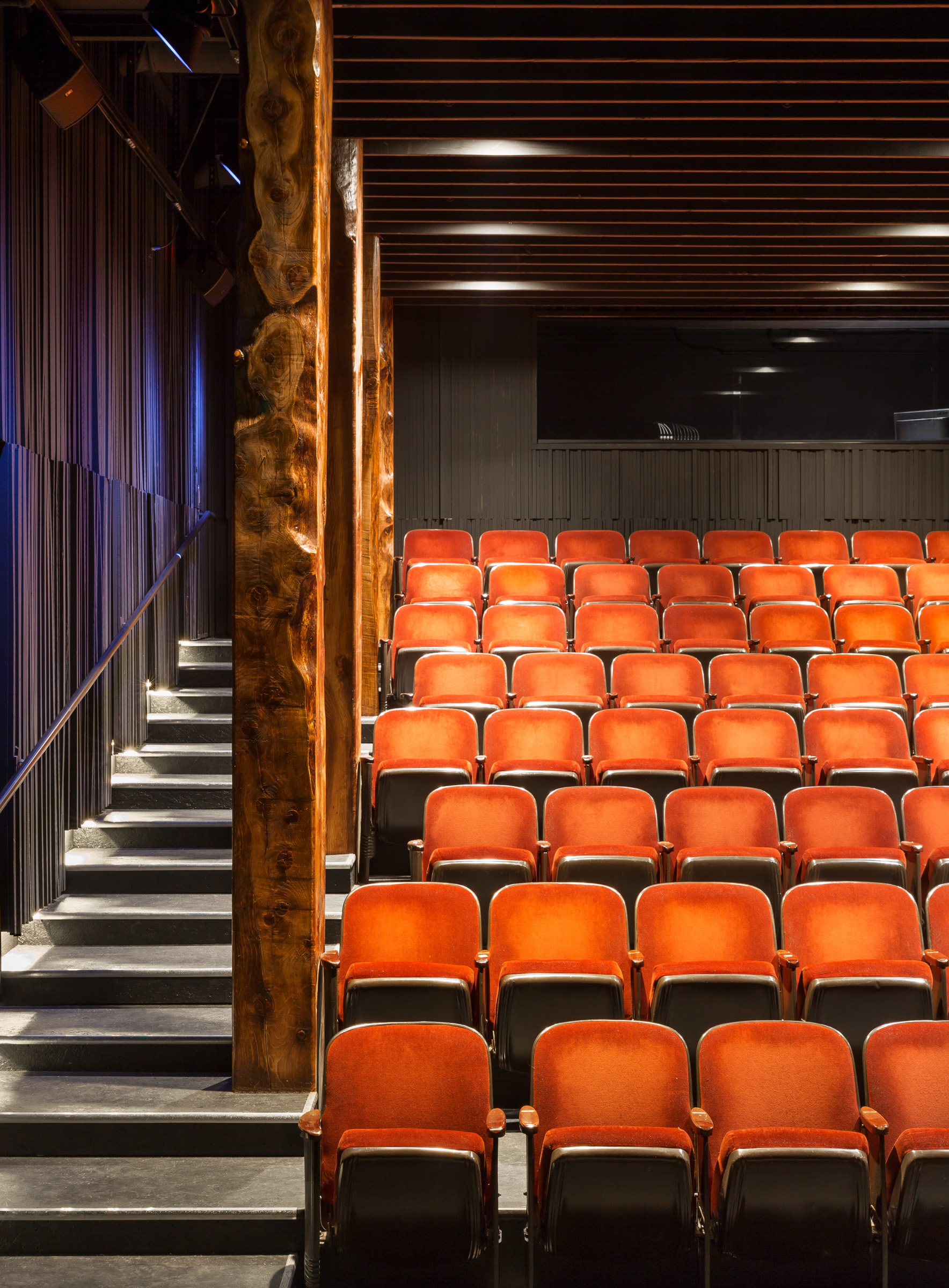 “The idea that a neutral space is necessary for drama defies thousands of years of human history. Theatres have never been neutral spaces.” - Joshua Dachs 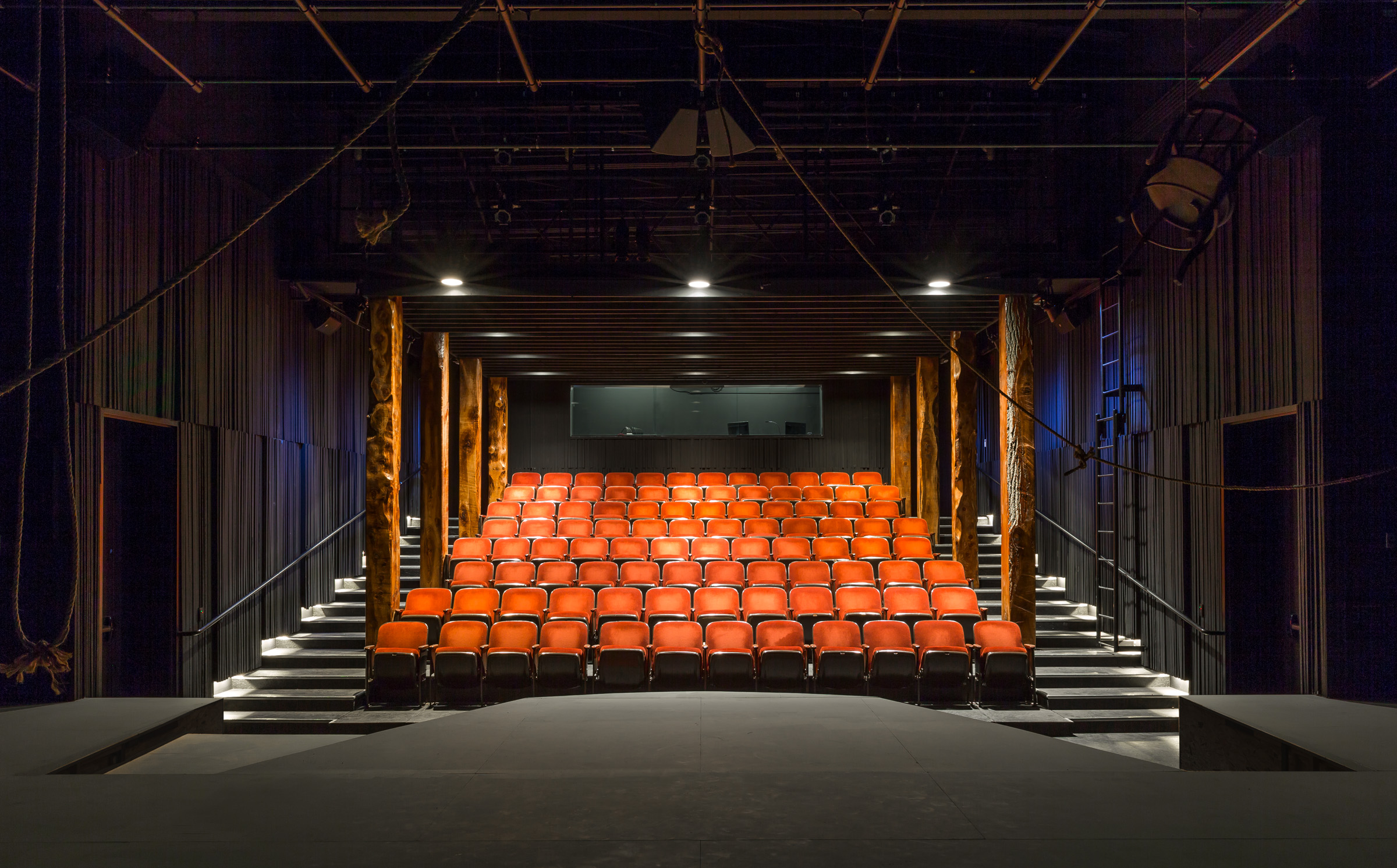 The house, with timbers by Daniel Toberer and salvaged seats from the previous BLUEBARN location

A theatre of the city

With the opportunities afforded by the new site and looking to expand the potentials of the theatre, the BLUEBARN sought to mediate between the technical and functional demands of a modern theater, a desire for openness and engagement with the city, and the excitement of continual and unpredictable evolution. Our goal was to enact an exciting urban environment out of the highly specific requirements of the theatre alongside a built framework that would allow programmatic and material improvisation. Here, the protected and abstract space of theater (normally hidden from the outdoors) connects on demand with the realities and noises of the city outside. 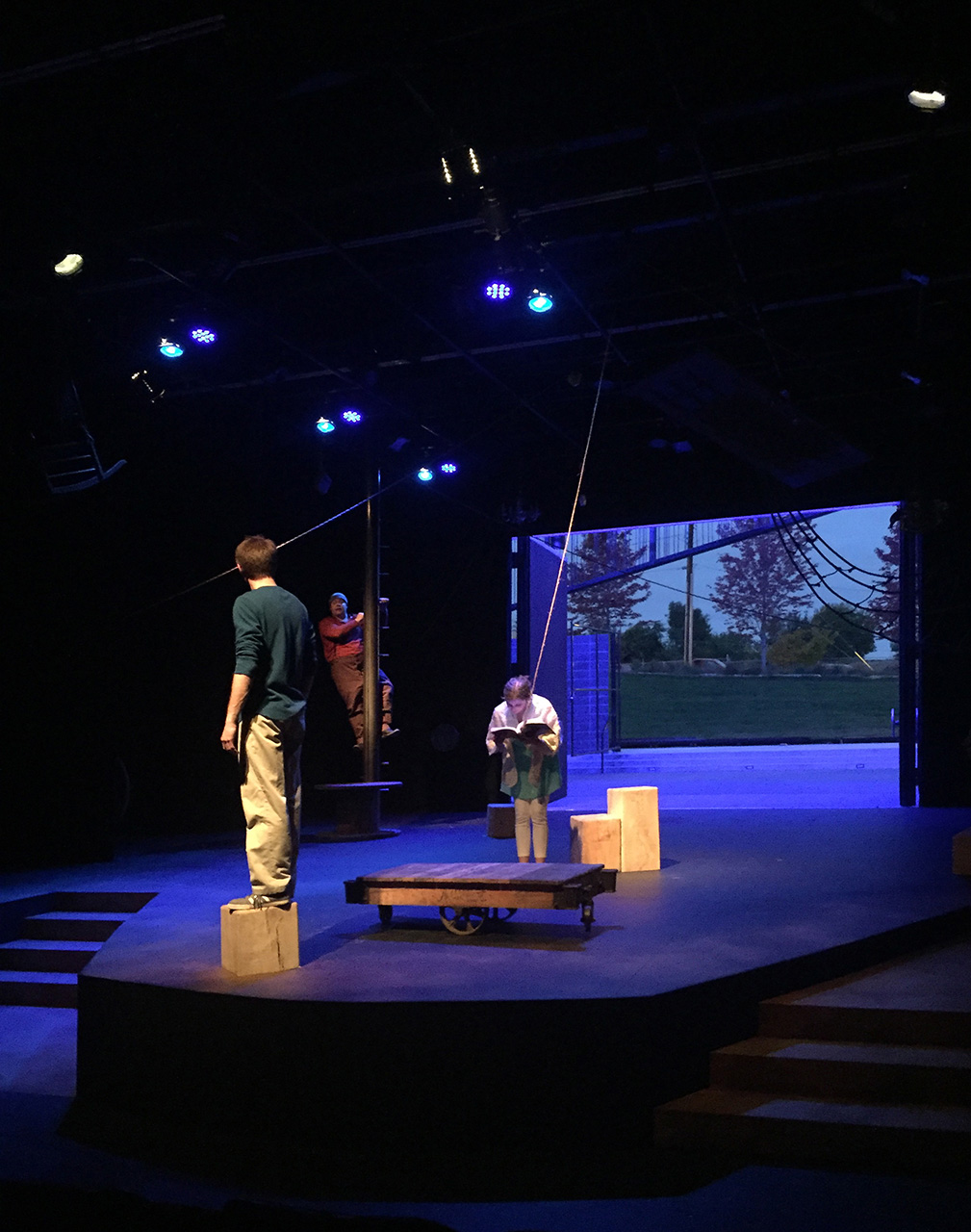 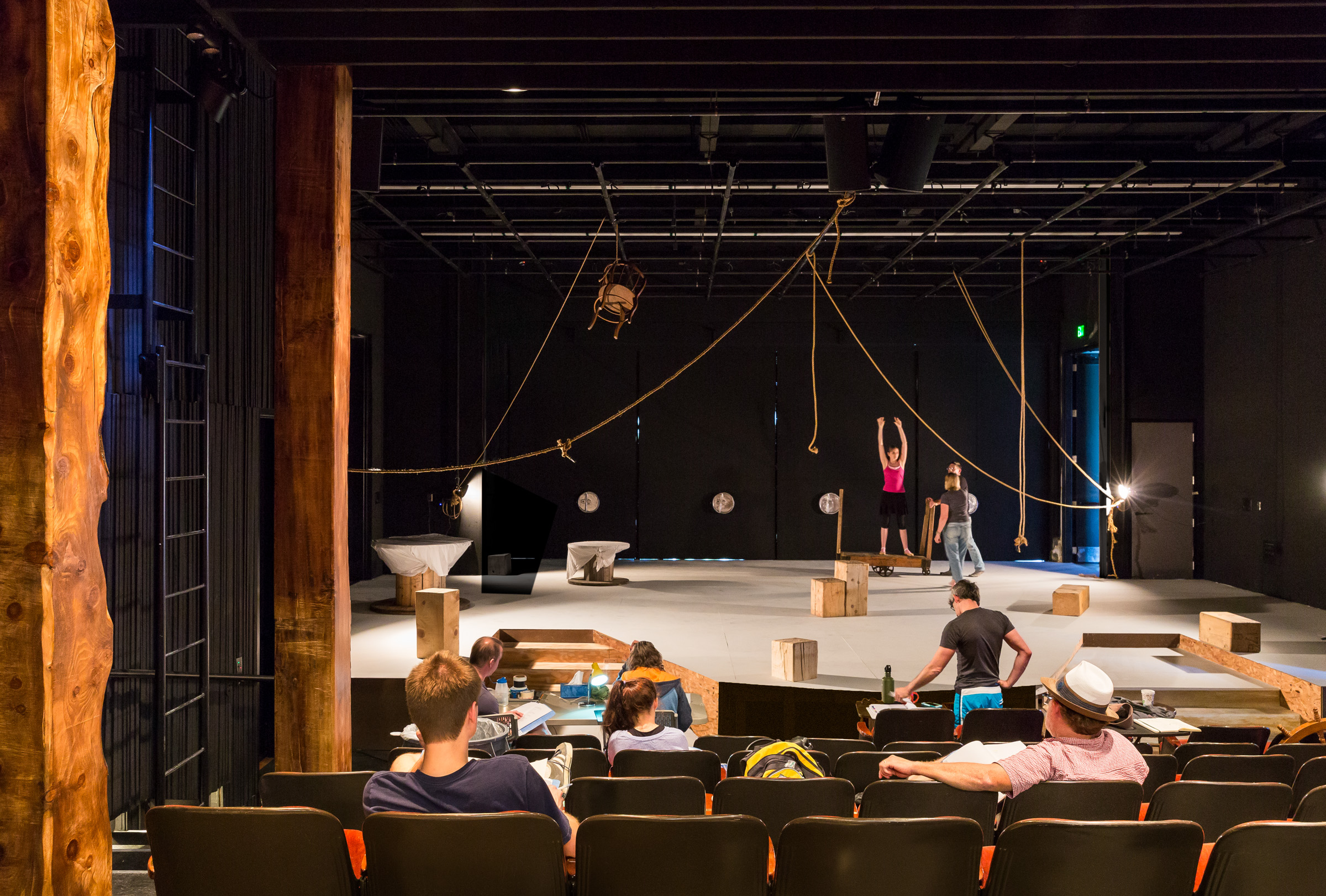 From traditional proscenium to multiple frames

Featured on Dezeen and ArchDaily

Listed by Slate as one of 8 projects in The Best Things America Built in 2016.

The Architects Newspaper, “Black and Blue in Omaha: Two Buildings on One Site with Two Clients – Designed by One Office in Two Locations” by Matthew Messner, Issue 13 November 4, 2015

American Theatre, “House Proud: How to build a new theatre space that is both financially responsible and artistically appropriate” by Eliza Bent, Theatre Communications Group, May / June 2015