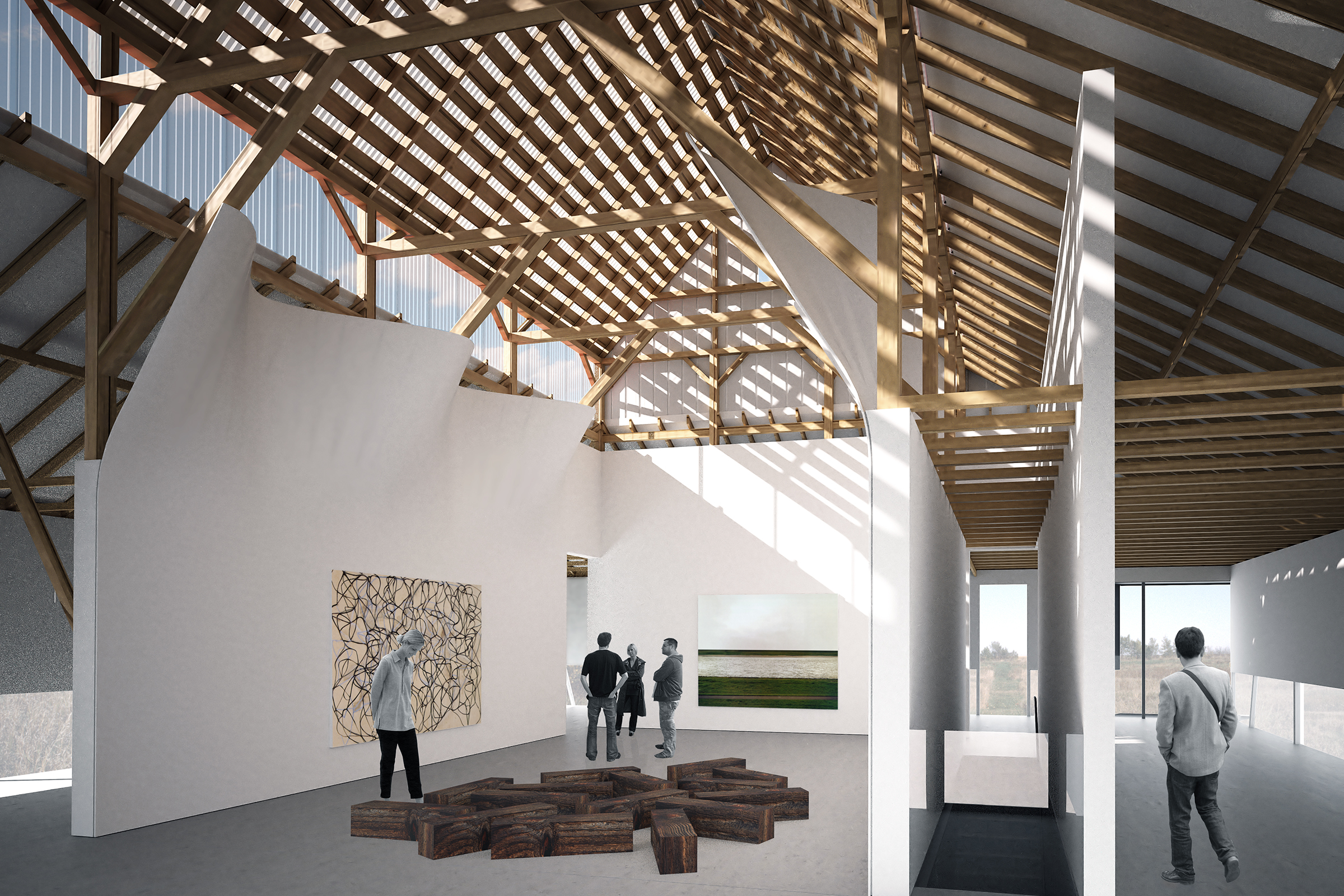 The White Cube in the Red Barn. 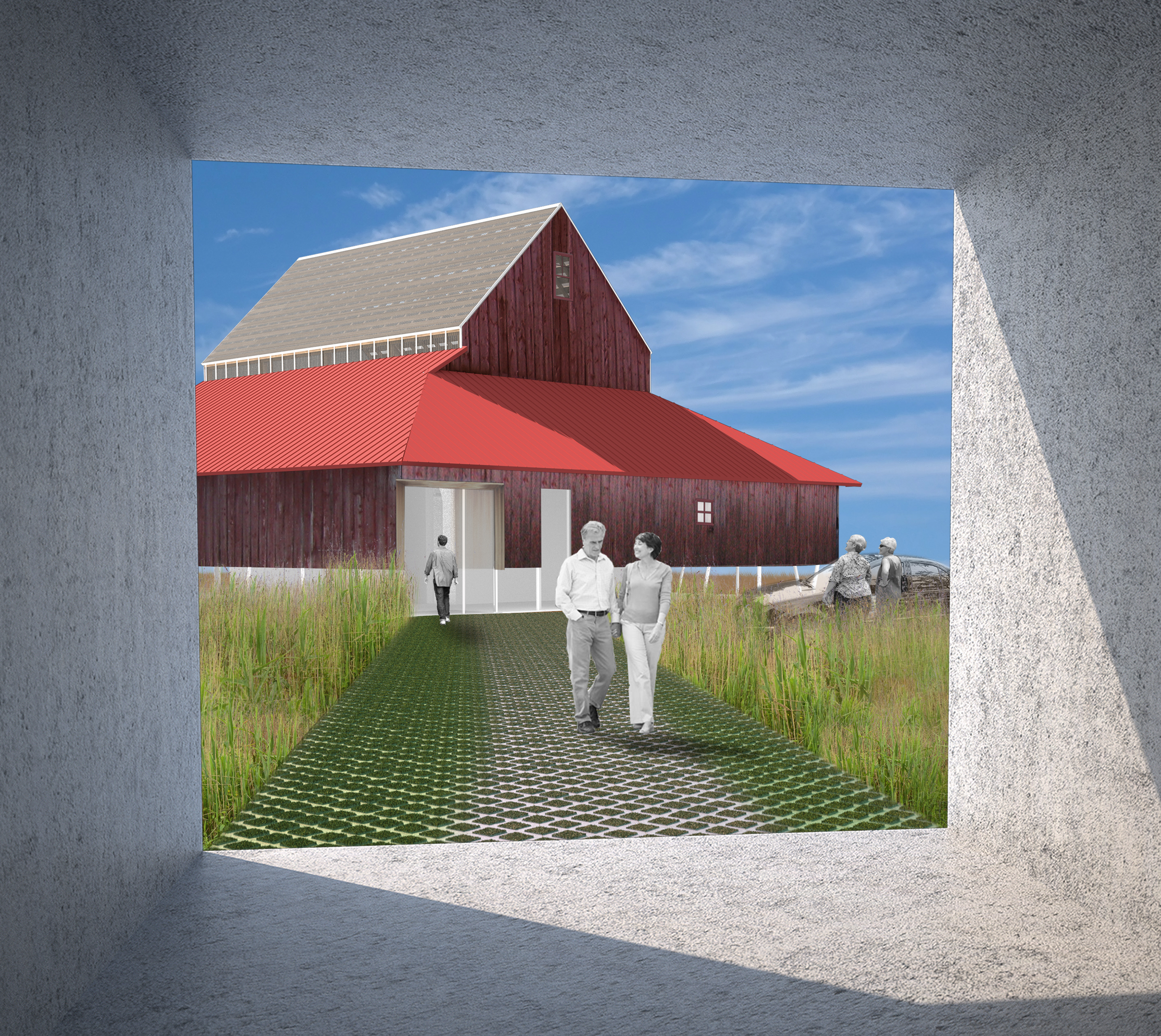 The project takes advantage of the levitated state experienced while moving the original barn. The raised barn is transparent at its base so light can enter perimeter galleries at grade and reflect upwards off the light-gray concrete slab. This directly contrasts the light quality of the central white cube gallery where filtered and controllable natural light enters from above. The levitated barn is thus open to its surroundings, maintaining a direct connection between all interior gallery spaces and the surrounding native grass prairie. 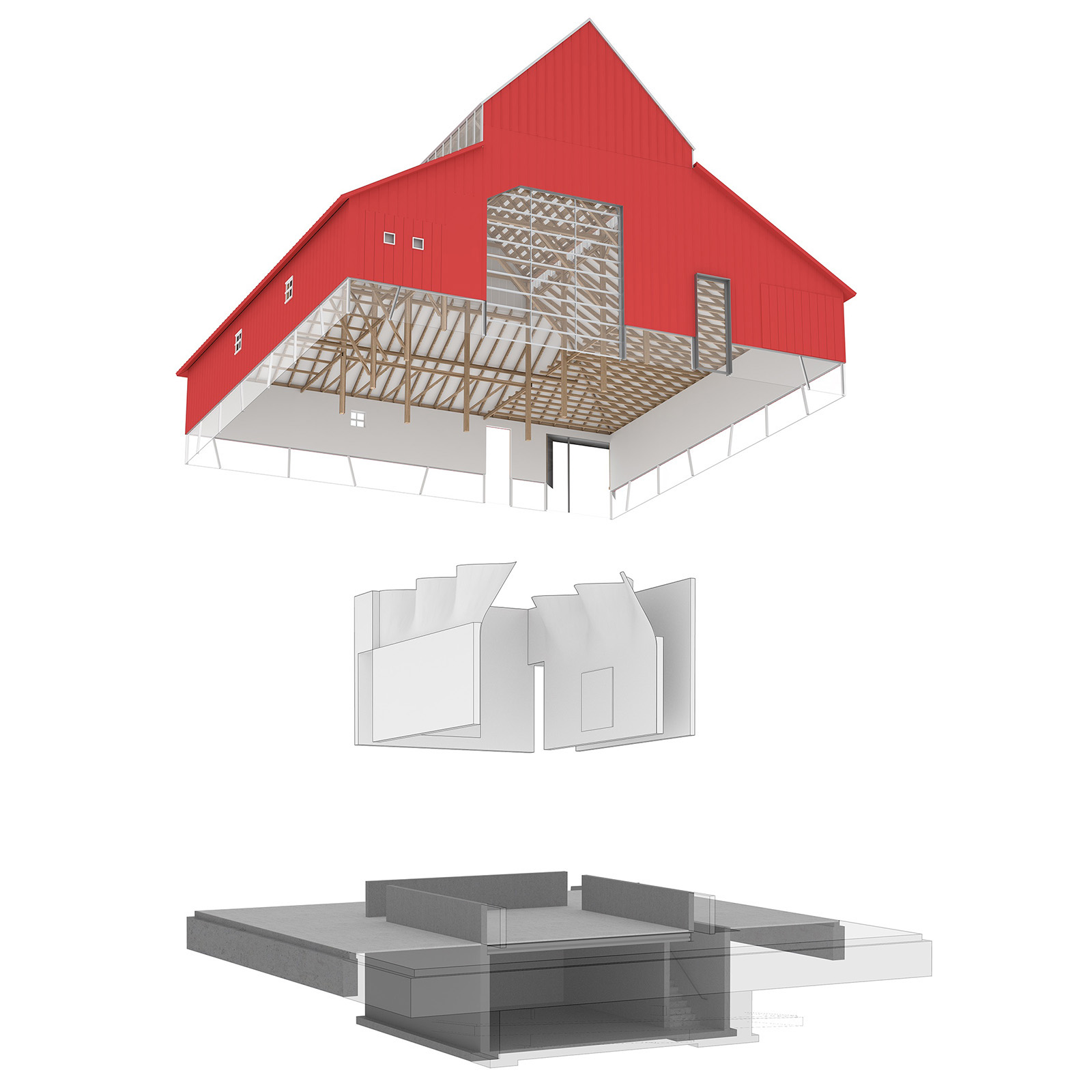 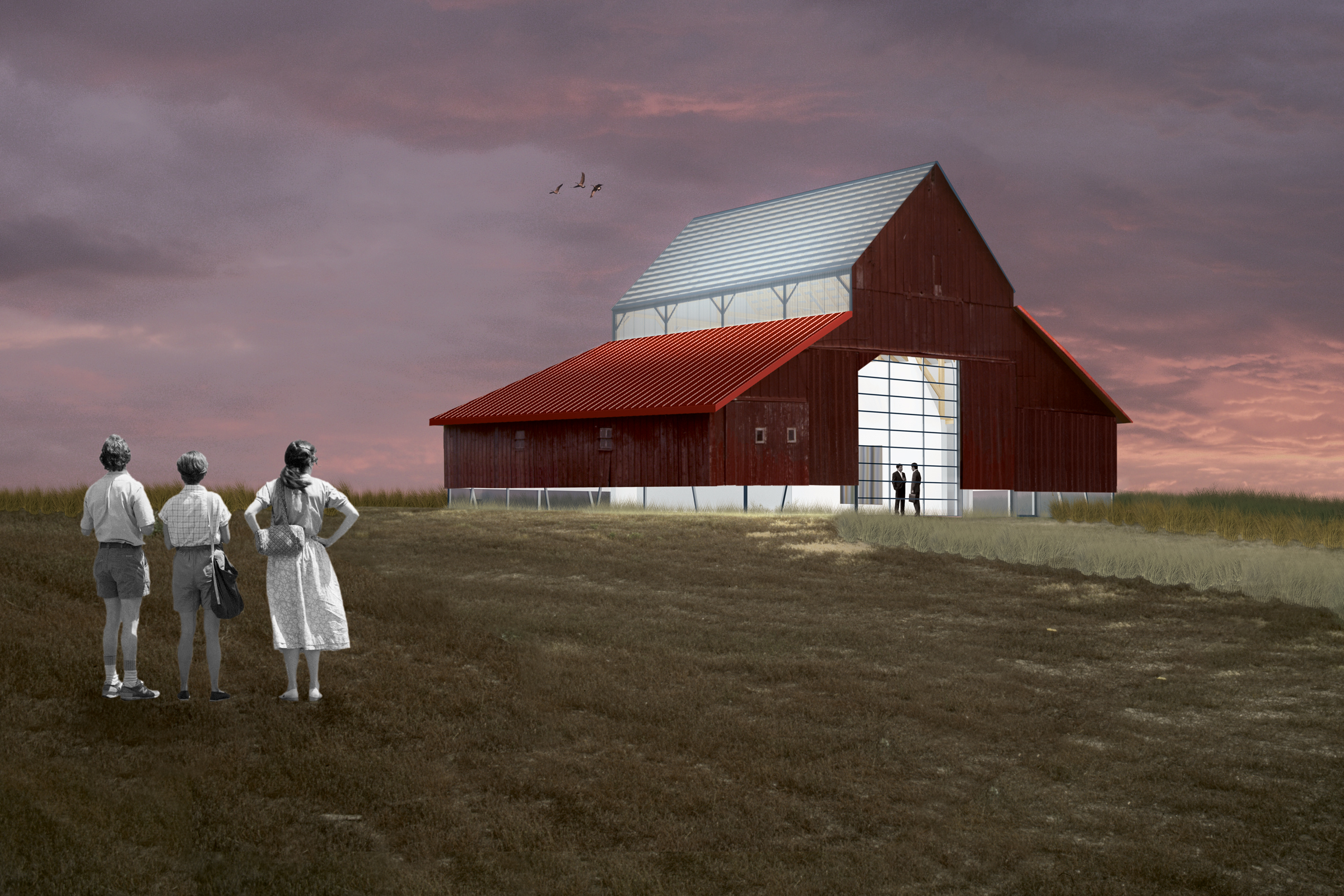 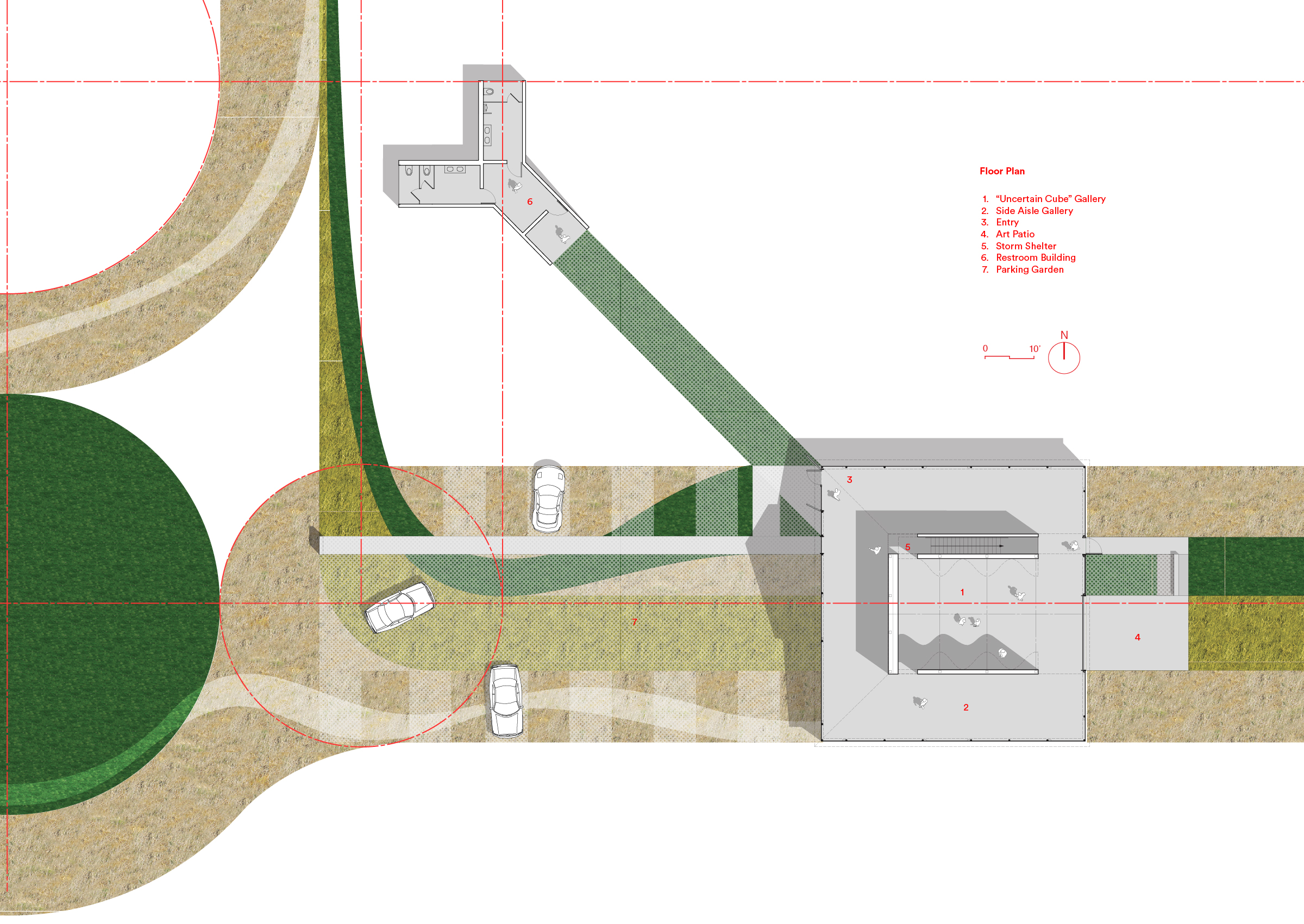 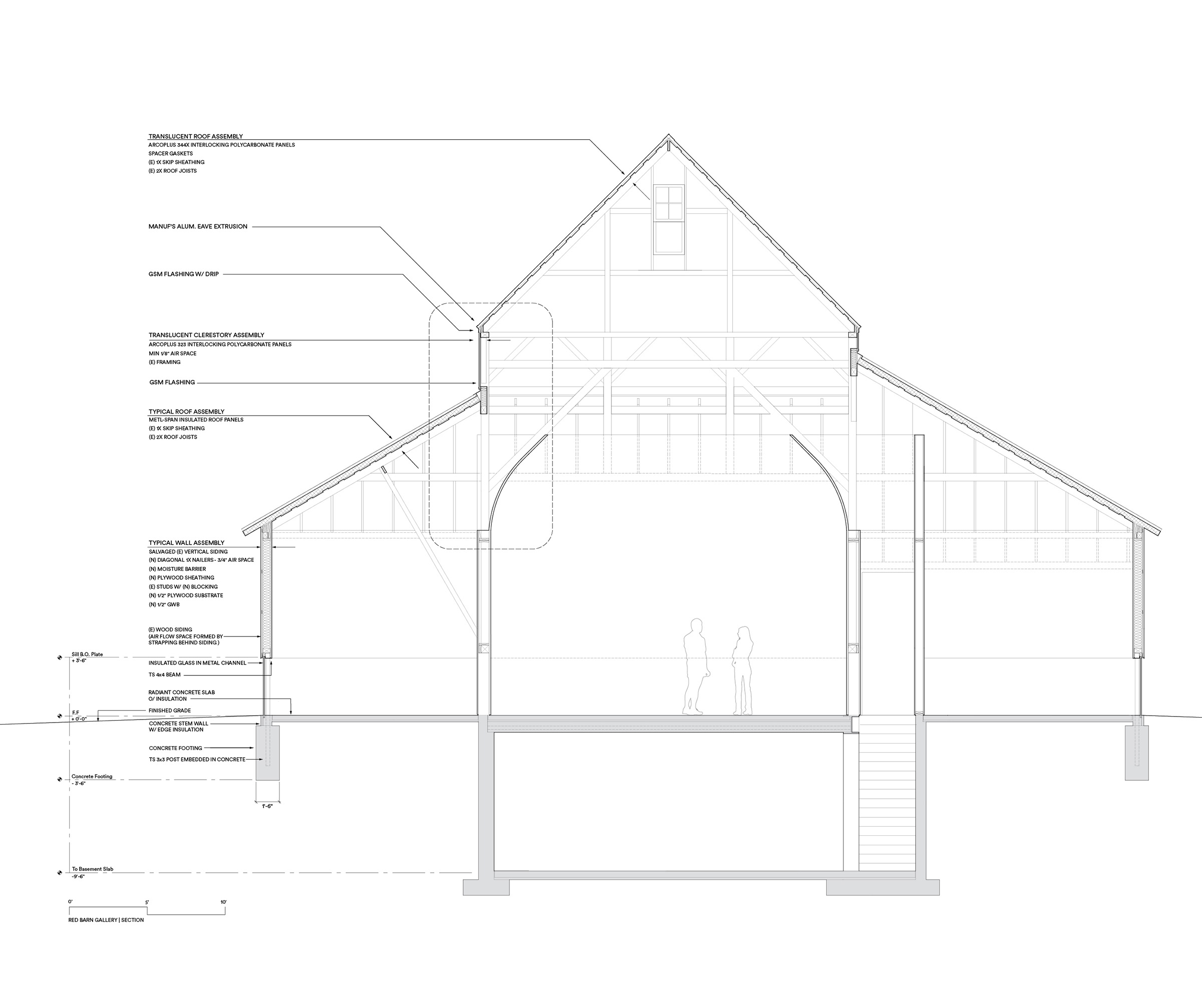 Residential Architect, “A Matter of Fact”, by Meghan Drueding, August 2008