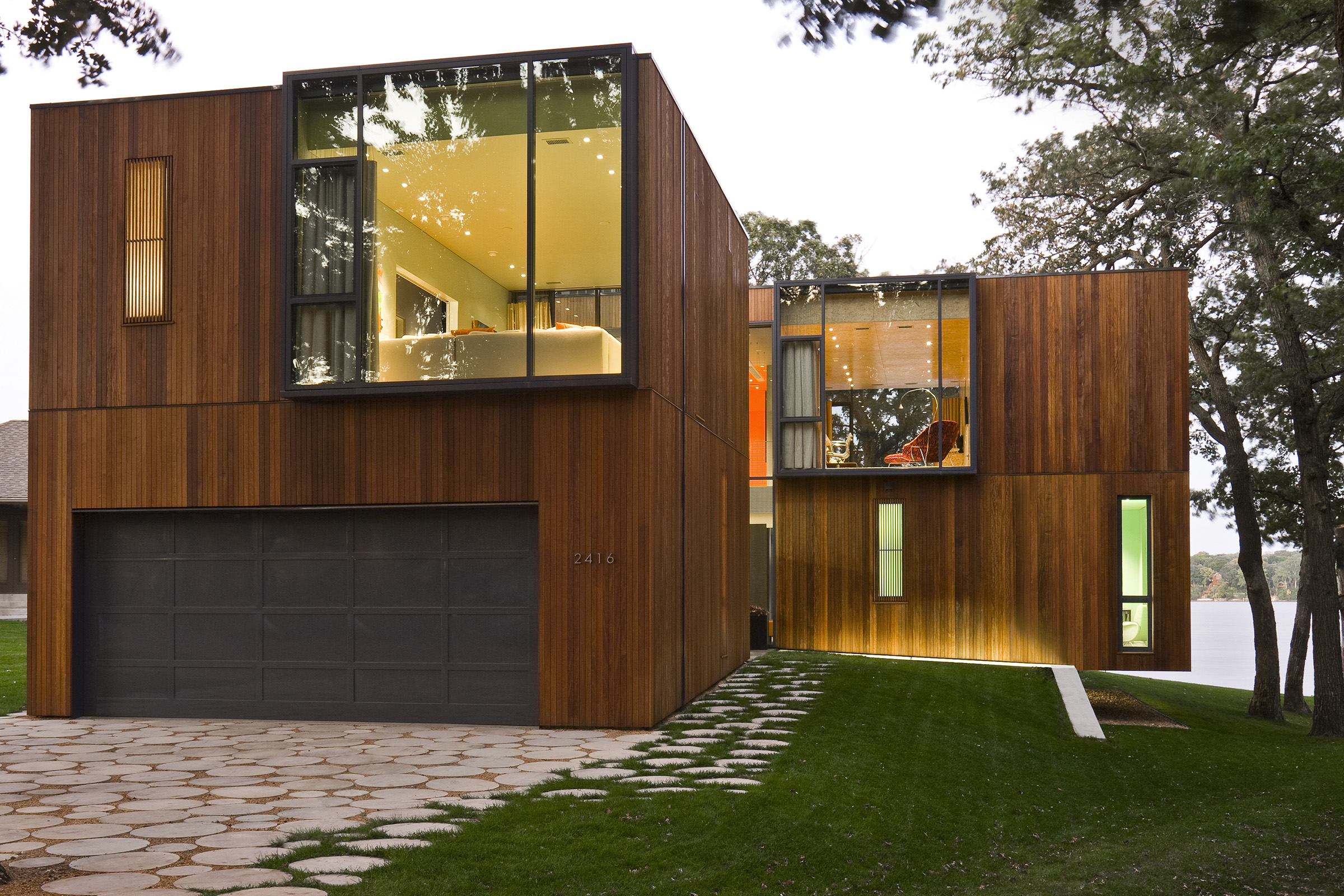 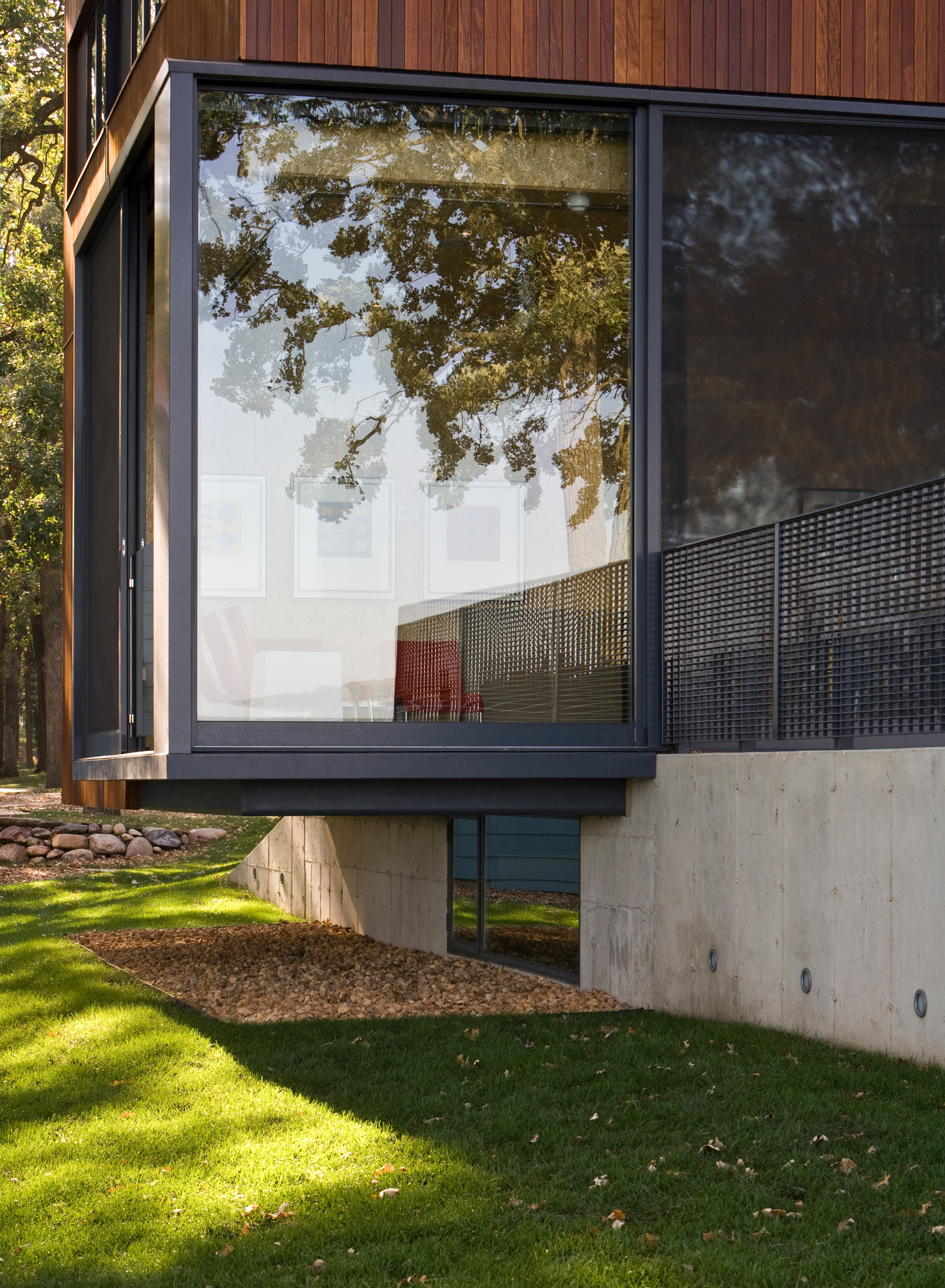 The simple geometric masses of the home cantilever from a concrete base in order to preserve existing trees on the small lot. 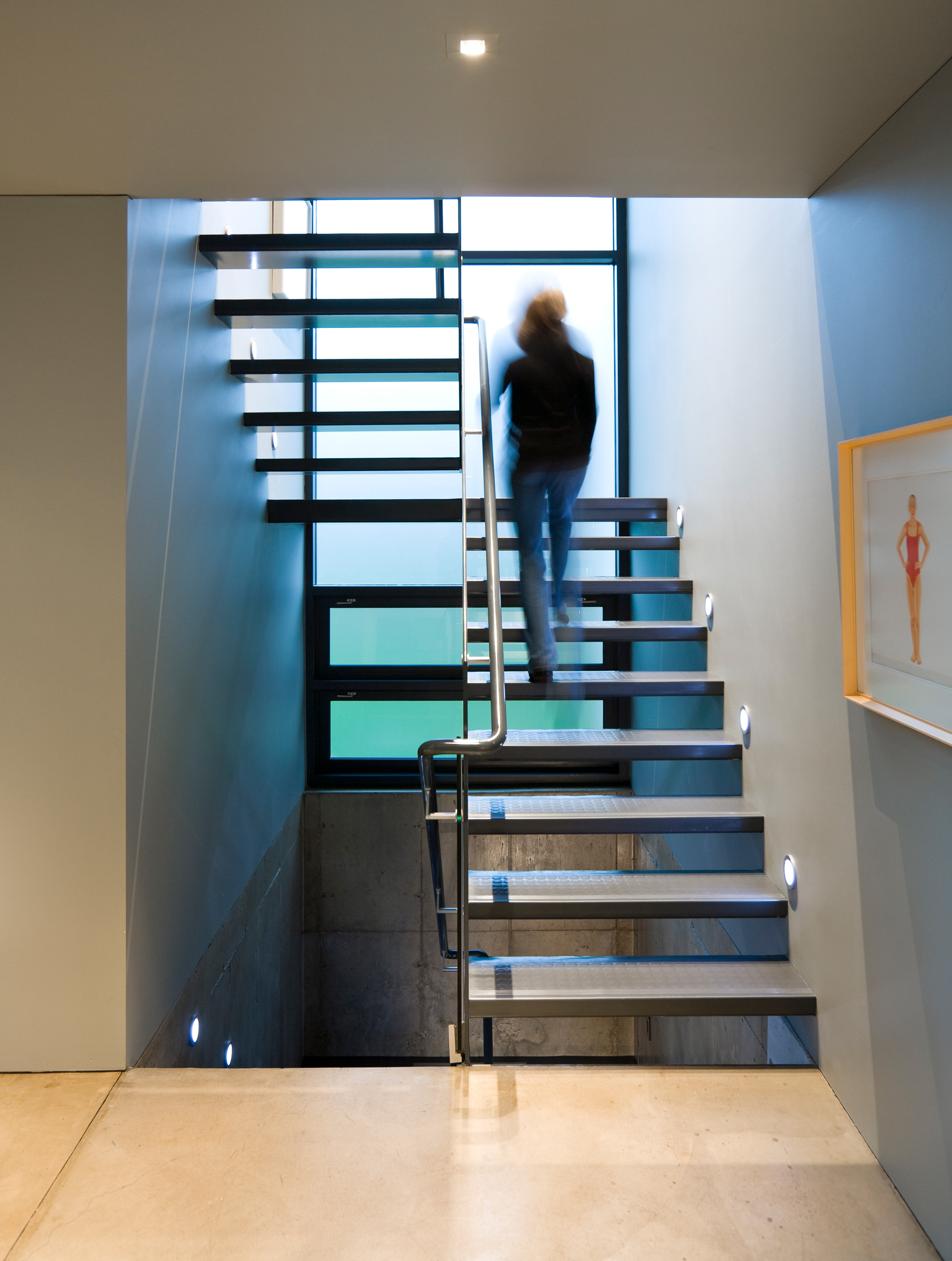 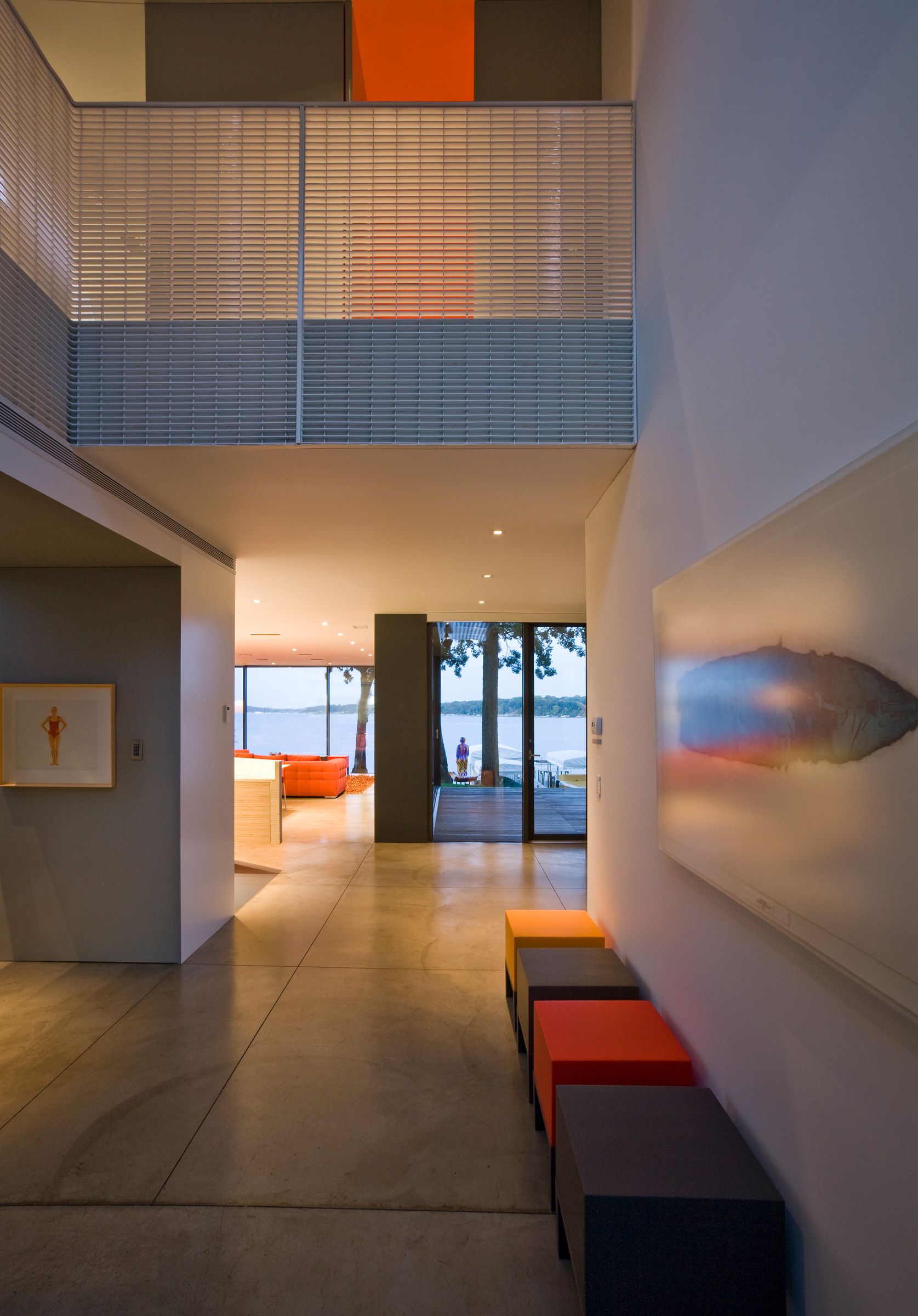 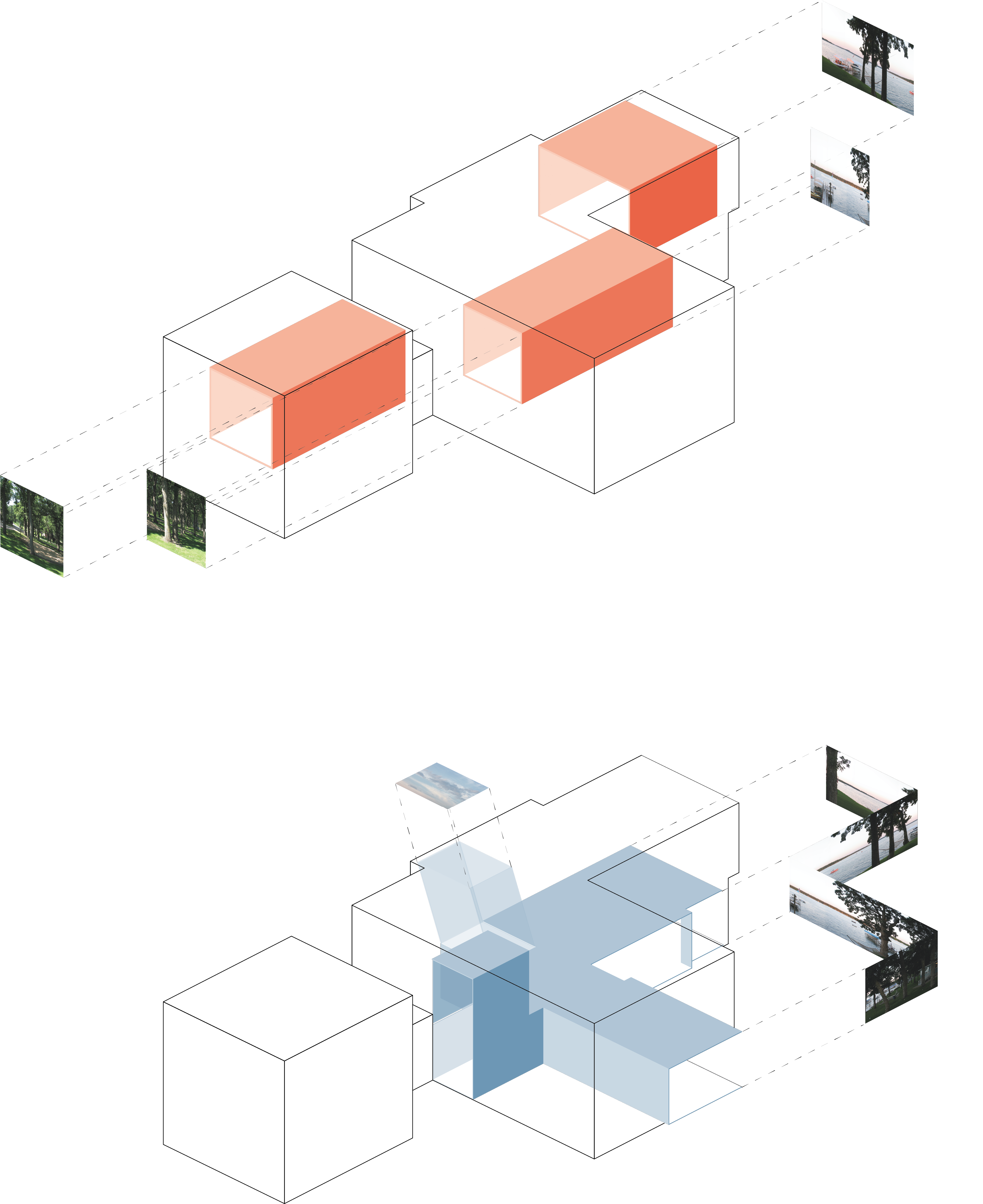 Spatial Choreography
Volumetrically simple from the exterior, opaque and slatted vertical Ipe boards clad a stacked set of spatial tubes (the primary living spaces) that are open to the lake and woods views, but visually closed to neighbors on the sides. The house’s spatial tubes form around view axes running through the site, perceptually linking the lake through the forest to the fields beyond. These view-framing tubes are literal voids in the mass of the house bounded at their ends only by glass. Light and air also enters these rooms through operable windows set behind the slatted Ipe cladding. Dense service spaces fill the remaining volume. The first level is dominated by continuous subtly amorphous space that opens to the exterior in with lake views in several directions. This space bounds the primary living spaces while suggesting connections and extensions to the surrounding landscape, lake and sky. 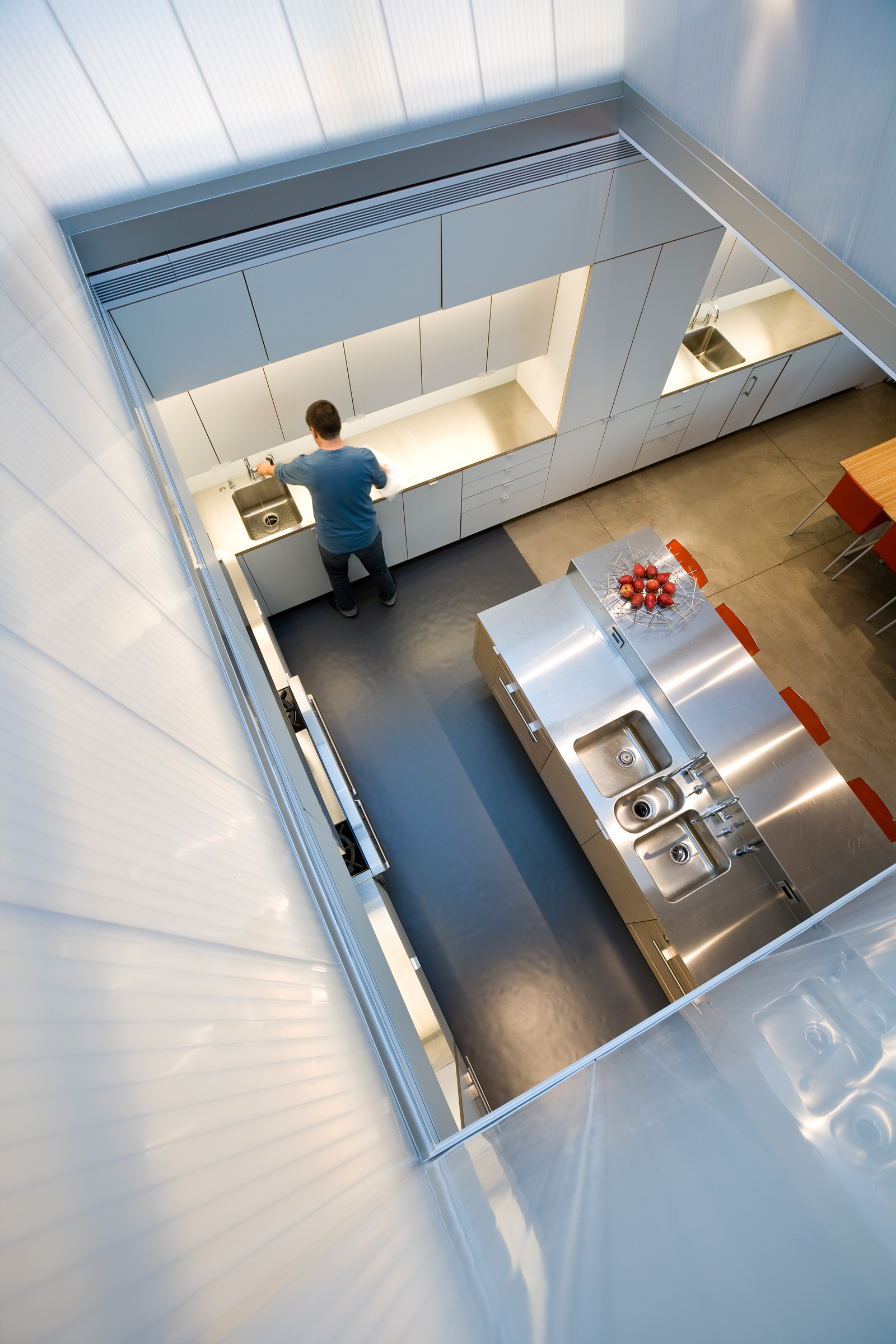 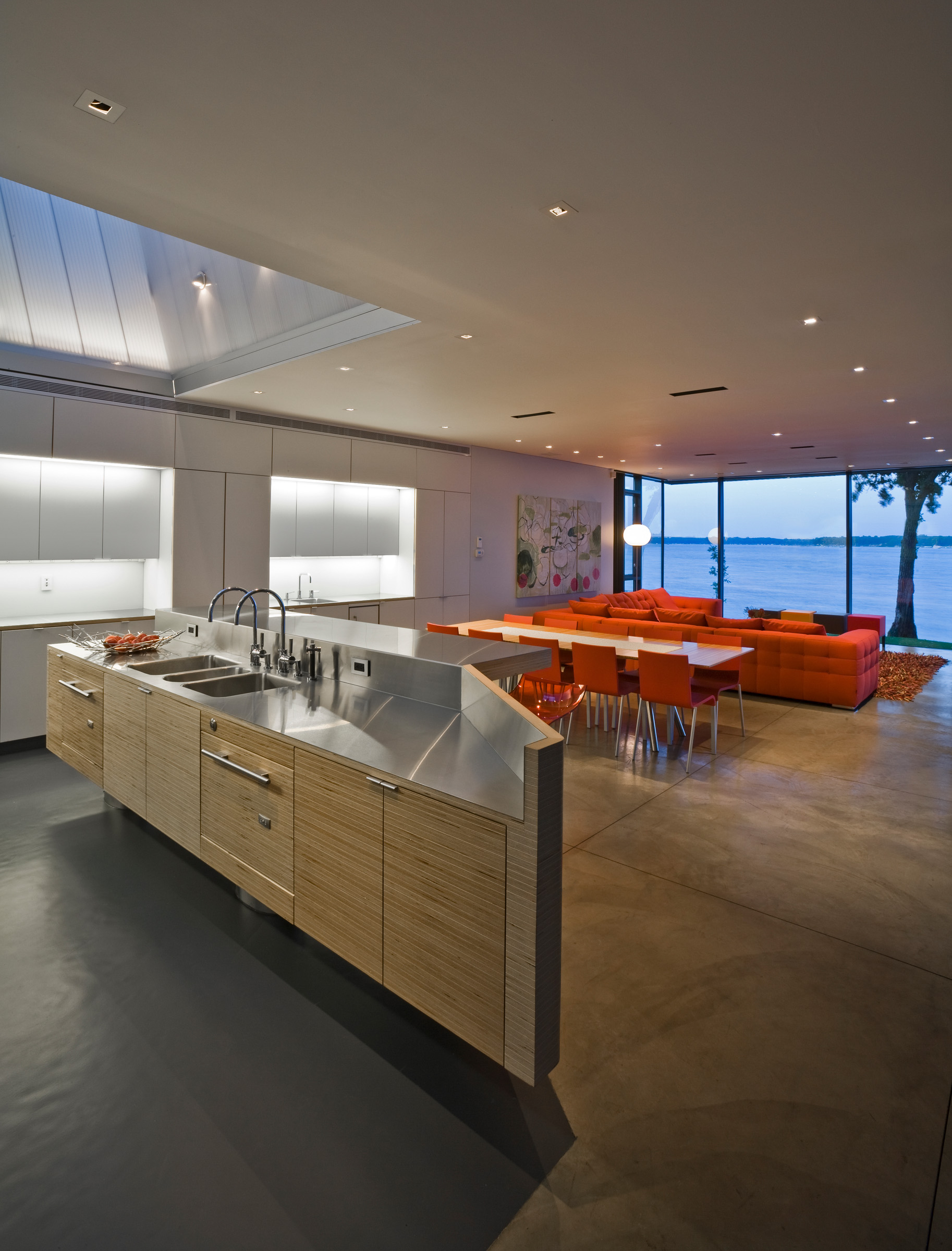 Kitchen and view from interior light well above 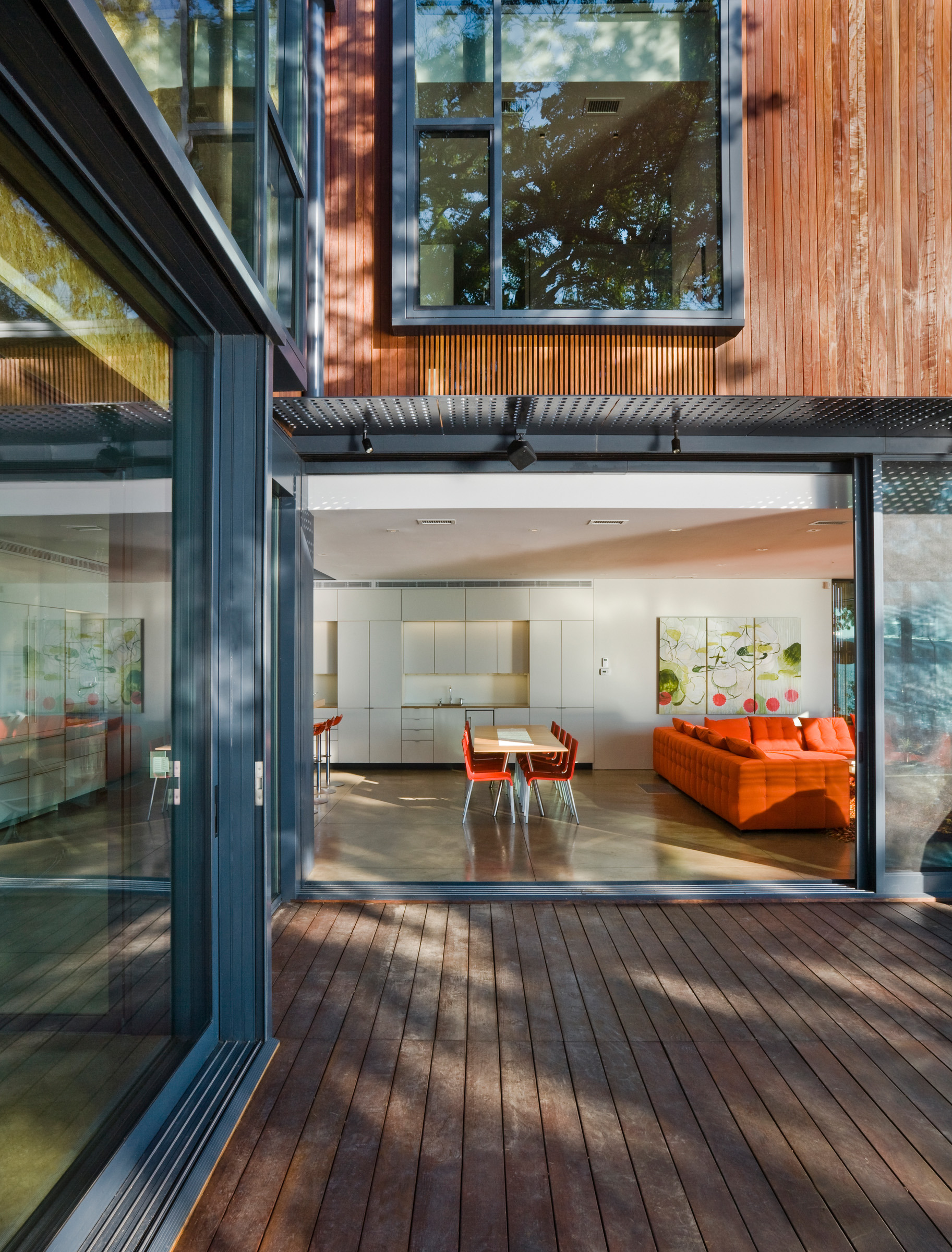 Cat-scan sections: from road to lake 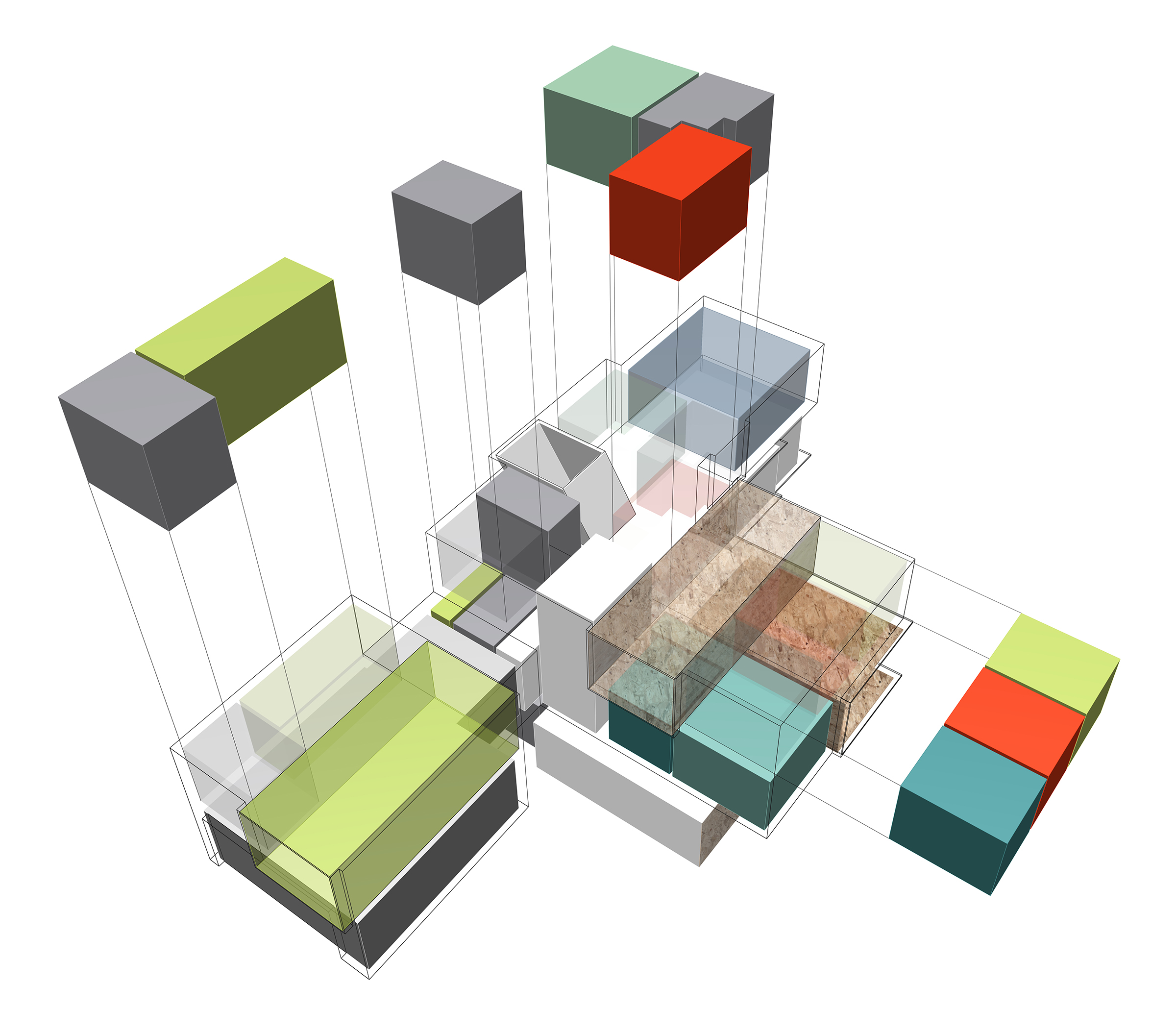 Color and Materiality
In contrast to the spatial tubes of the public areas, the smaller private spaces (bedrooms and bathrooms) exhibit a pronounced sense of interiority. As spaces become increasingly intimate, the intensity of surface material or color increases. Interior surfaces in these rooms are subsumed by color to the extent that each feels like a zone of pure, saturated color. Here, color becomes equivalent to the Lake that dominates the spatial tubes, providing an autonomous interiority in contrast to the site-oriented “tubes”. Color becomes an important tool of space making, an additional layer that can reinforce or contradict the other components of spatial geometry, intensifying the experience or adding complexity. 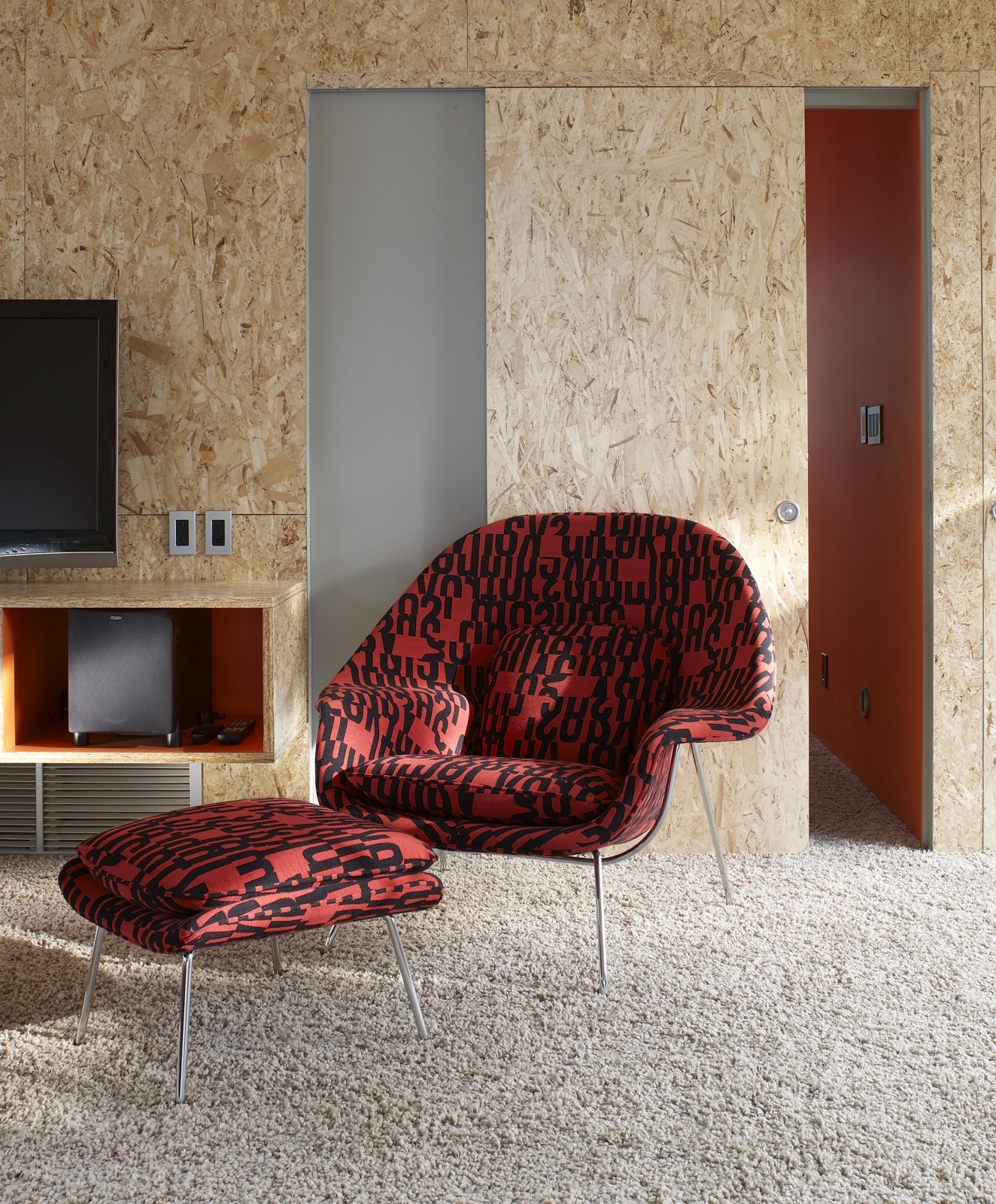 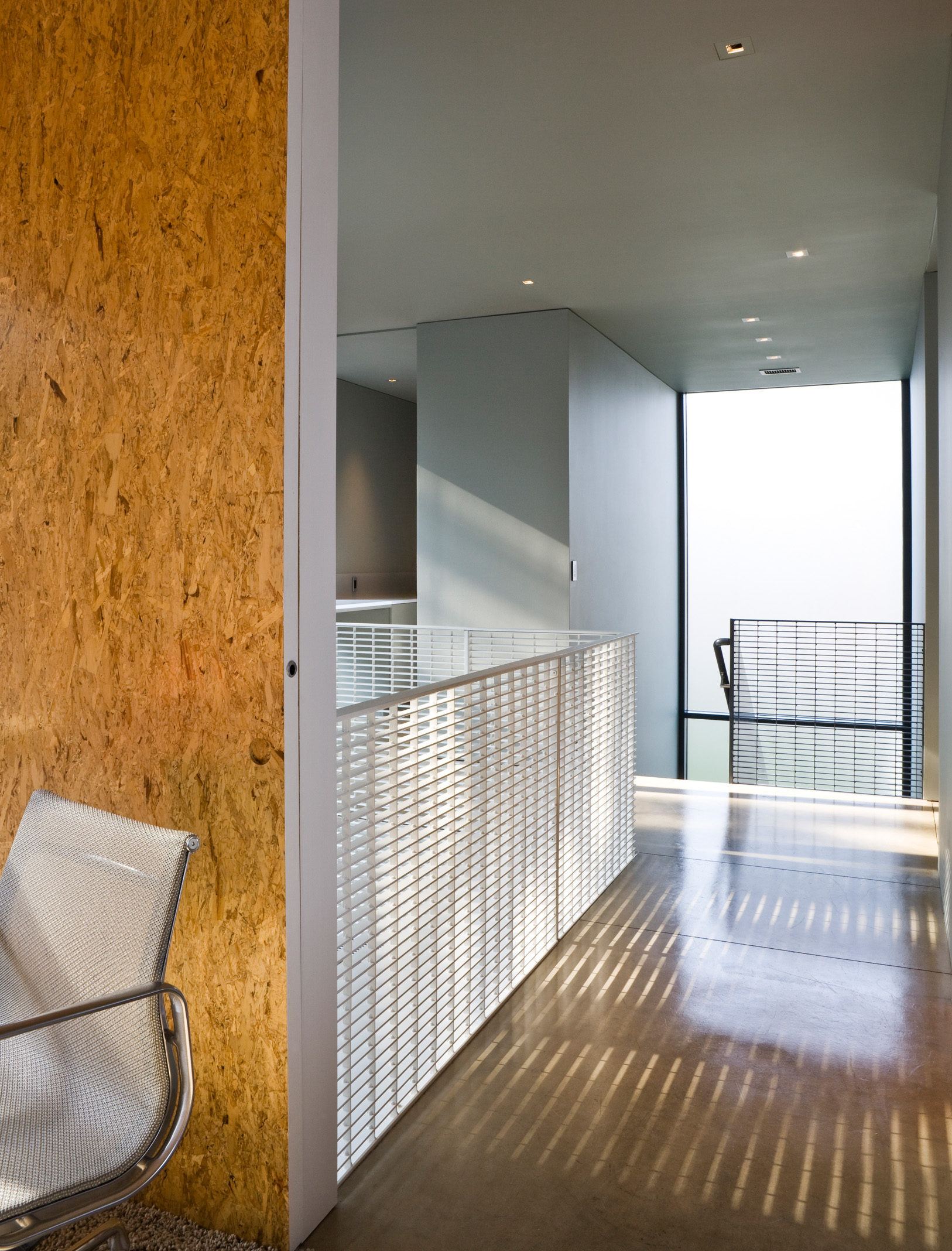 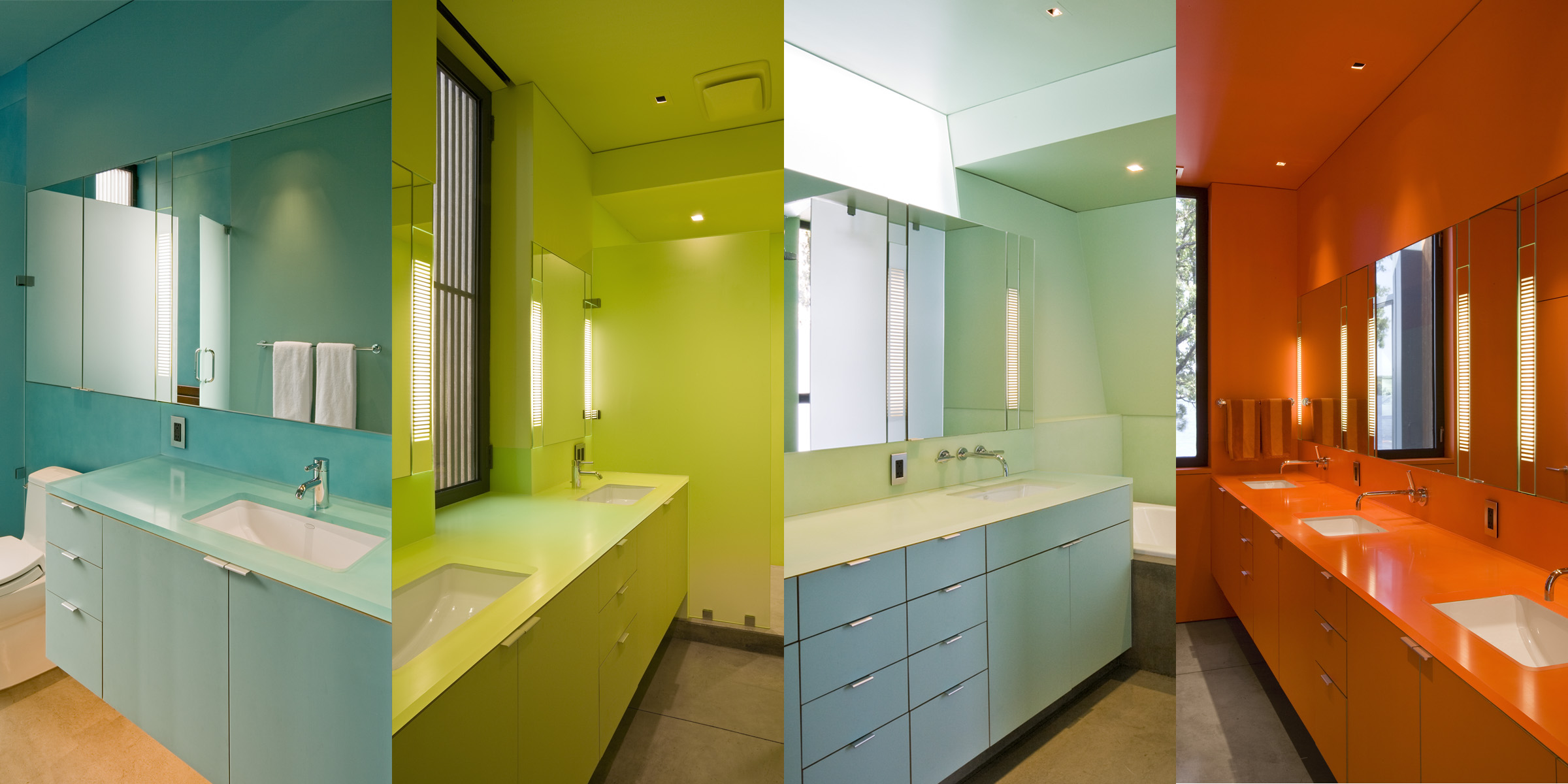 Color intensity increases with the level of intimacy of each space 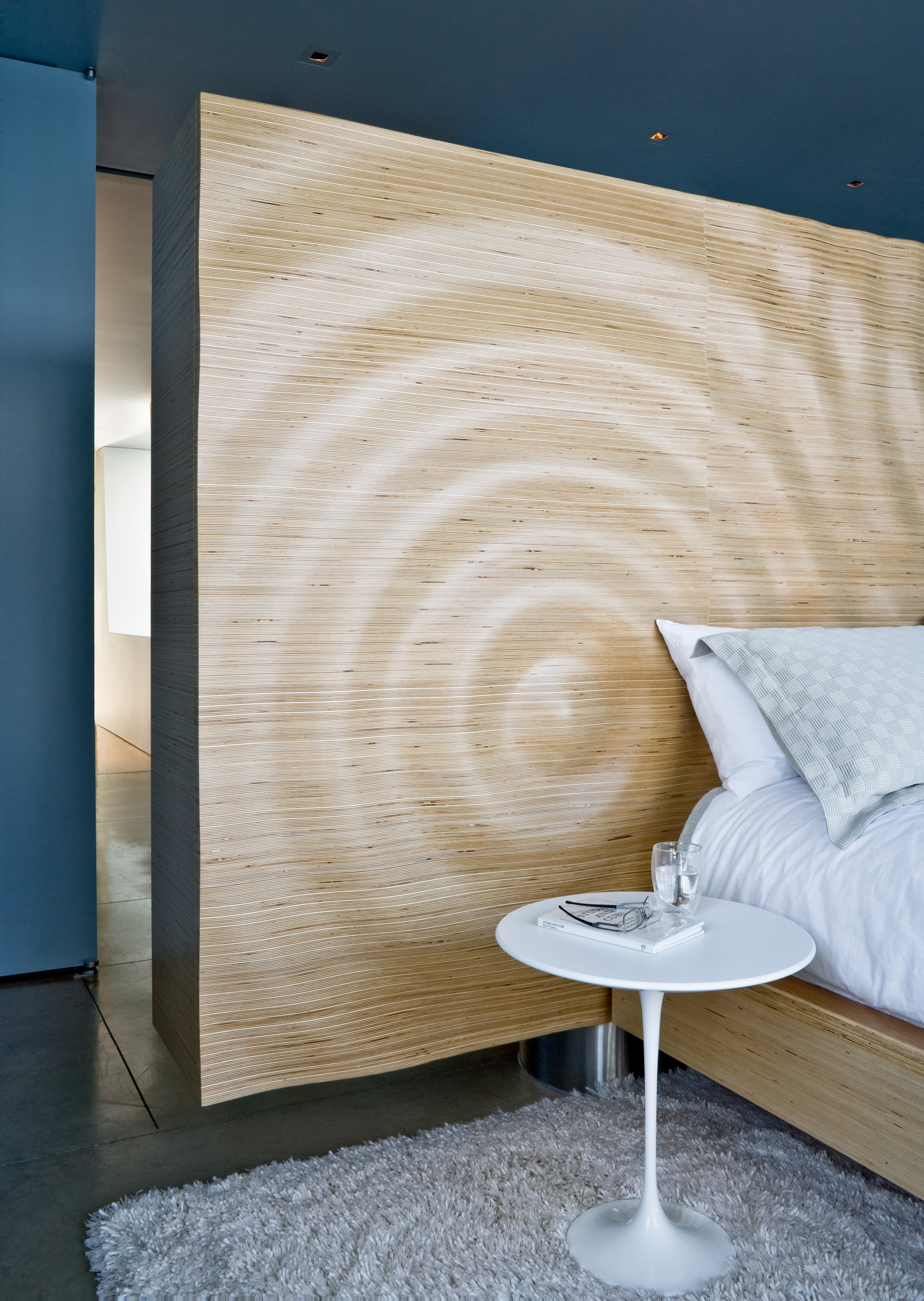 Specialized Objects
In addition to the house and site, Min | Day designed or selected all furniture, fabrics, and finishes. Custom fabrics for many of the furniture selections distinguish the pieces while relating them to material and spatial strategies of the house. We designed and fabricated several feature tables as well as the cnc-milled Lake Cabinet for the master bedroom (see Objects) and Lake Tables. Reminiscent of classic lake boats, the Coffee Table and Dining Table are both made from solid planks White Oak, some of which was milled from a tree taken down during construction. 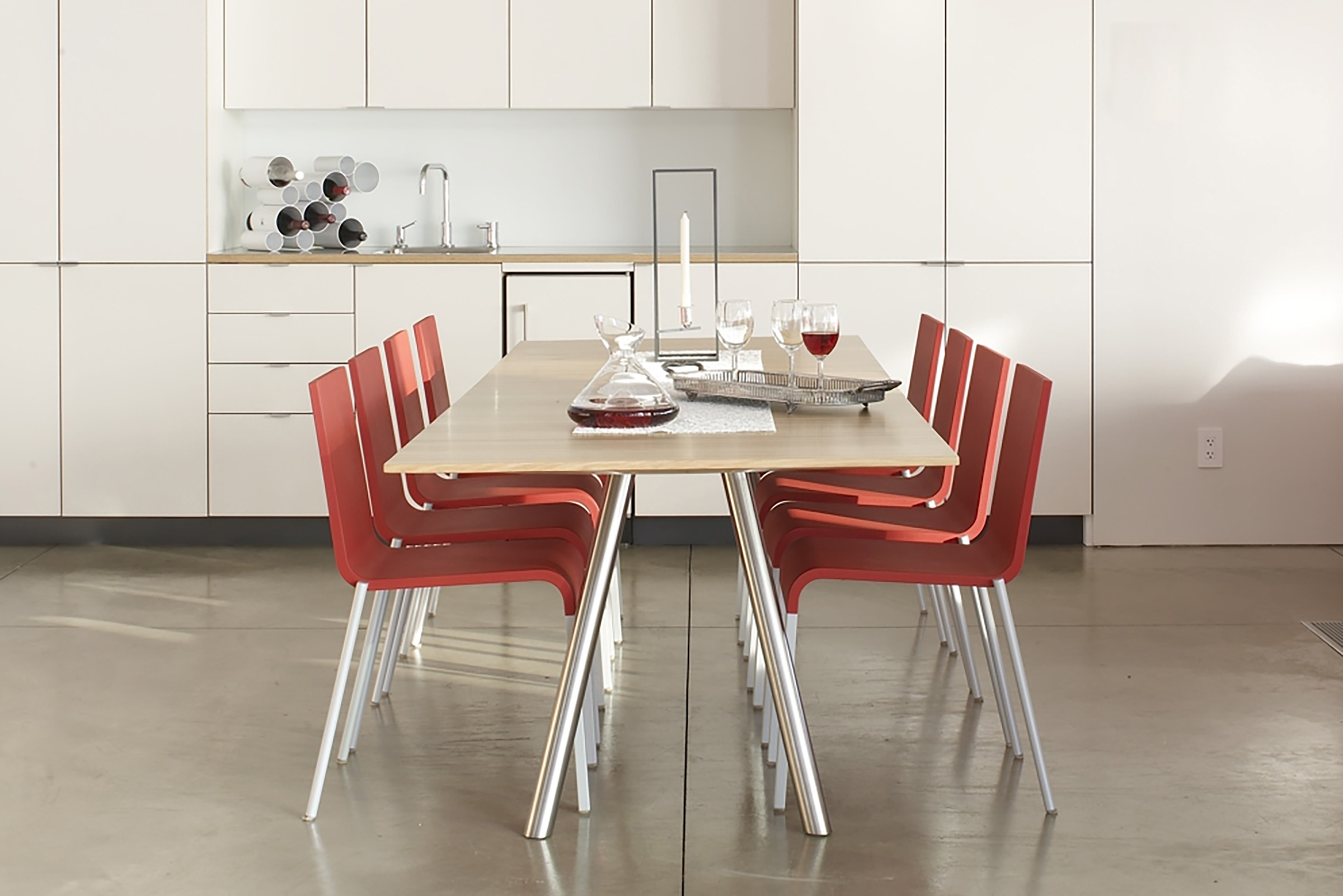 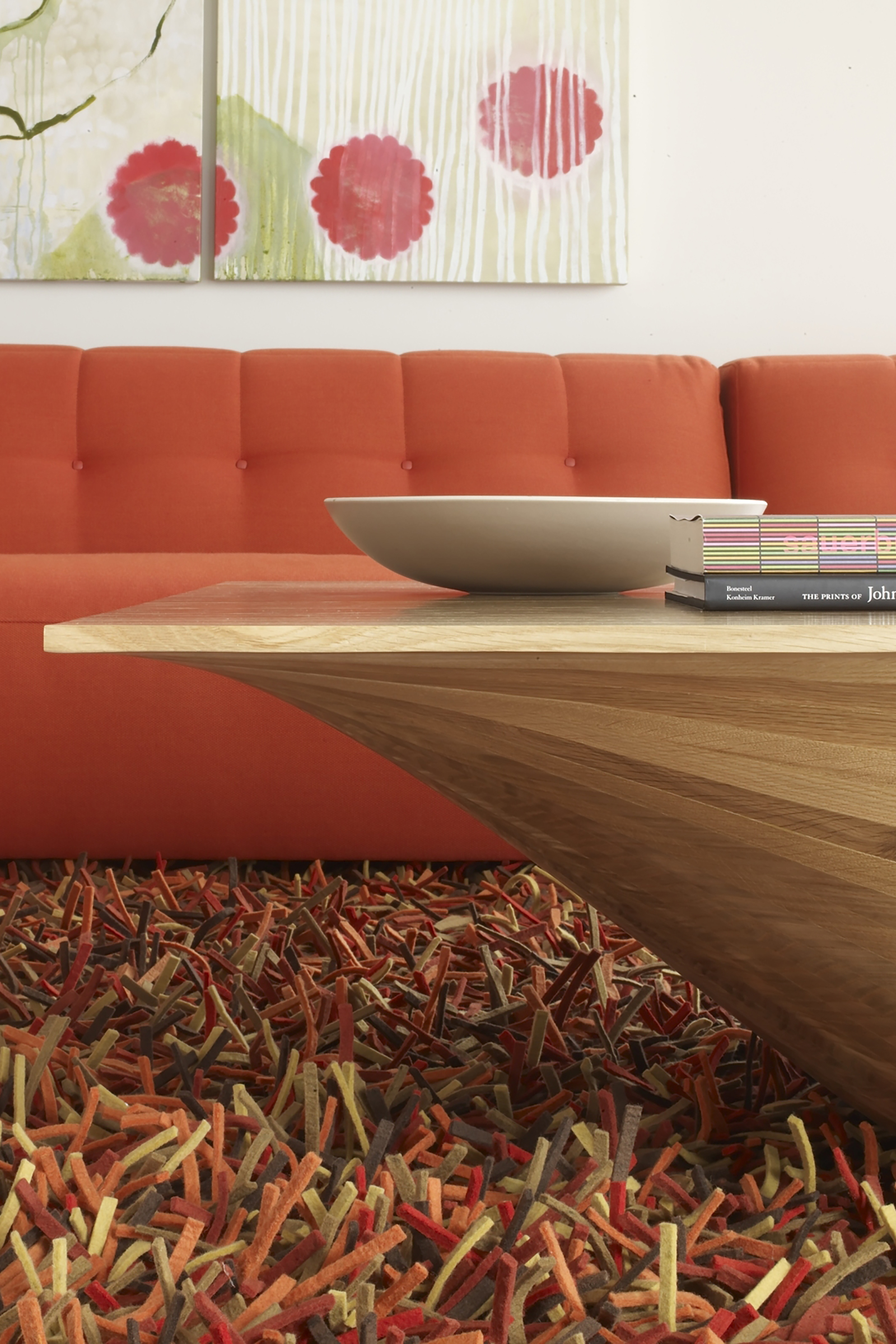 Metropolitan Home Magazine, “On the Waterfront (In Iowa)”, by Fred Bernstein, May 2009